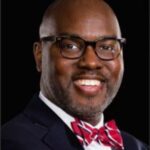 The election of Governor Glenn Youngkin may bring about changes in K-12 educational policy in Virginia, but those changes will take time to take hold, and they will not play out uniformly across the state. “Progressive” school systems are organizing a form of Massive Resistance (a term I use with deliberate irony) to oppose Youngkin’s effort to rid schools of “inherently divisive concepts.”

In a recent essay published in Education Week, Superintendent Gregory C. Hutchings, Jr., has called for “anti-racist” school systems to band together to “escape the reactionary trap that continues to perpetuate systemic racism in our public schools.” He doubles down on every leftist trope regarding the causes of racial inequality in educational outcomes.

Assuming Hutchings puts his principles into action, Virginia will get to witness a living-lab experiment in social policy. If Hutchings’ understanding of the causes of racial inequality is based on reality, we should expect to see a significant narrowing in the racial achievement gap, as measured by Standards of Learning test scores, over the next few years. By contrast, if his “anti-racist” paradigm is riddled with false premises, as I believe it is, we will likely see no progress — or even a retrogression in learning.

Hutchings calls for educators to embrace several steps to build “anti-racist” school systems. These include:

We must ensure schools teach the most accurate history of America as well as the most accurate history of our students’ communities. We have taught myth over history for too long, leading to confusion and distrust. For example, I remember learning in elementary school about how Christopher Columbus “discovered” America, never mind that Indigenous people were already there. I was taught stories about the pilgrims wanting to bring peace through a Thanksgiving feast but not the real history of killing and enslaving Indigenous people to build wealth….

The actual foundation and pillars of our country and how it was developed by racist practices to marginalize and oppress Black, Indigenous, and other people of color (BIPOC).

Hutchings makes no secret of his leftist leanings. Even more concerning is his conviction that his lens for viewing history is the only “accurate” view of history. As a student of history — I have a B.A. and M.A. — I am keenly aware that there is no single “accurate” version of history. There are competing interpretations of history, some of which may be better documented and more thoroughly grounded in facts and logic than others. But interpretations evolve. No version is ever final. Hutchings’ rhetoric here suggests that he wants to teach his version of history, and only his version of history. Indoctrinating students with a single perceived truth can only harm their ability to think critically and independently.

Committing to racial equity. School systems must commit to racial “equity” if they are to dismantle “systemic racism in education,” says Hutchings.

Many people misinterpret equality and equity. Equality, providing equal access, is only the starting point for ensuring students’ needs are met in schools. Equity in education is meeting students where they are, not necessarily where we want them to be, while providing the social, emotional, and academic learning supports to achieve their goals. … Furthermore, racial equity will ensure that race does not define what a student will achieve in school, career, or life.

The underlying premise here is that unequal access to educational resources is what is holding BIPOC (Black, Indigenous, and people of color) back. The first absurdity here is that the City of Alexandria spends more money per pupil than almost any other school district in Virginia — $17,700 in the 2019/20 school year.

The second absurdity is that Alexandria schools have long been run by political “progressives” — Joe Biden won 80.3% of the presidential vote in 2020 compared to 17.6% for Donald Trump — who share many of Hutchings’ views of racism. Yet Blacks and Hispanics in Alexandria schools pass their math SOL exams at significantly lower rates than the state average. Indeed, amidst the general collapse in SOL scores during the COVID pandemic last year, only 19.8% of Alexandria Hispanics passed their math SOLs compared to 37.7% statewide, and only 31.7% of Blacks in Alexandria passed compared to 34.0% statewide.

Public schools developed widespread tracking and barriers to rigorous courses within schools after integration in the late 1960s and early 1970s. These practices have hindered BIPOC students over several decades and continued to create segregation in education today. Public schools have created intentional and unintentional mechanisms to keep BIPOC students from accessing rigorous curricula, including talented and gifted programs.

By “tracking,” Hutchings apparently is referring to the separation of students into regular classes and advanced classes that allow teachers to teach at a level and pace commensurate with the capabilities of the students.

Two responses. First, the BIPOC label here is manifestly absurd because Asian students (both those of lily-white Eastern Asian ancestry and of darker-complexioned South Asian ancestry) out-perform all other groups, including Whites, statewide. Ironically, in Alexandria they don’t. “Progressive” Alexandria managed to pull off the feat of being one of the few — perhaps the only — school districts in Virginia where Asian students slightly under-performed White students in math. Whatever the reason for this aberration, the experience of Asians is nothing like that of Blacks and Hispanics, and lumping them into the BIPOC category is ideological drivel.

Second, I question Hutchings’ proposition that Black and Hispanic students are denied access to rigorous curricula and gifted programs by “intentional and unintentional mechanisms.” Broadly speaking, there are two possible reasons why fewer Blacks and Hispanics enroll in advanced math courses and why they score “advanced” in their SOLs at half to one-third the rate in Alexandria as Whites and Asians. One possibility is that “progressive” Alexandria schools are more racist than schools elsewhere and have done more to hold them back. I doubt that’s what Hutchings is thinking. Another possibility is that due to a variety of historical, situational, cultural or demographic reasons, Hispanic and Black students start behind when they enter the school system, don’t see the value in applying themselves as diligently, and fall behind.

Discipline for BIPOC students has mirrored some policing practices that have contributed to the prison pipeline for decades. From zero-tolerance policies to arrests in schools for disciplinary infractions, U.S. public schools have harmed BIPOC students by implementing disciplinary policies derived from policing. A focus on the social and emotional needs of students, including restorative practices, instead of suspension and expulsion practices, is key to abolishing policing in schools.

In the school division I lead, while we work closely with our local law enforcement to help keep our schools, students, and staff safe, we also have incorporated 30 minutes a day of social-emotional-learning time for all schools in our school division.

Given Hutchings’ views, I find it interesting that after Alexandria pulled School Resource Officers from its schools as part of a larger effort to “reimagine” the relationship with police, schools were afflicted with significant disorder. In the first half of the school year, police were called to Alexandria schools 96 times and made 18 arrests. In October City Council voted to reinstate the SROs.

I recently posted the testimony of a school teacher at a Title I school (not in Alexandria) who described the widespread breakdown in adult authority. At that school, “social-emotional learning” is the official policy but disorder is so rampant that it is laughably irrelevant. Students curse out teachers, disrupt classes, and get into fights with impunity. Perhaps Alexandria’s schools are different. Perhaps that 30 minutes of daily “social-emotional learning” yields tangible results. I’m dubious. But I have enough humility to concede the remote possibility that I’m wrong.

I’ll be watching closely as Hutchings implements his “anti-racist” program in Alexandria: as he indoctrinates students with his “accurate” view of history, ramps up social-emotional learning, and dismantles barriers to equity such as tracked classes. We’ll see if it’s as “anti-racist” in result as it is in Hutchings’ rhetoric.

This entry was posted in Discipline and disorder, Education (K-12), Race and race relations and tagged James A. Bacon. Bookmark the permalink.