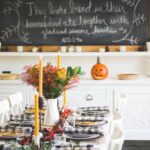 It’s a little like Mao’s Cultural Revolution, with cranberry sauce. I’m talking about Americans and their secret plans for Thanksgiving.

Everywhere I go I bump into people whispering about where they’ll be and who they’ll be with this Thursday.

Thanks to despotic governors and other meddling government officials, Thanksgiving shaming is a thing this year.

Confess that you’re getting together with family and friends and you’re accused of risking lives instead of being praised for being an adult, with the ability to weigh the risks and rewards of your own behavior.

Yes, by now everyone knows that the Centers for Disease Control has warned that traveling increases the risk of getting infected with COVID-19 and that staying home is the best way to be safe.

Well, the head of the CDC also said children in grades K to 12 were safest in school and no one’s paying attention to THAT advice, so why would the travel advisory be any different?

The Wednesday before Thanksgiving is traditionally the busiest travel day of the year and this year promises to be no exception.

While travel has been down for months, airports were reportedly clogged last weekend, setting records that haven’t been seen since before the pandemic. reported the Washington Post:

More than 1 million people still passed through the country’s airports Friday in the second-highest single-day rush of travelers since the start of the pandemic, even as air travel has dropped dramatically over this time last year. On the same date in 2019, more than 2.5 million people traveled through U.S. airports.

That may be alarming to some. But to those of us who have waited for the backlash to finally begin, this is heartening.

In the same vein, throngs took to the streets of Huntington Beach, California, after 10 p.m. last weekend to protest Gov. Gavin Newsom’s punitive 10 p.m.-to-5 a.m. curfew. Seems at least some Californians don’t like being told they can’t leave their homes. Who knew?

Best of all, there are signs that law enforcement officers are beginning to balk at being asked to enforce heavy-handed edicts from governors. In New York State, for instance, a number of sheriffs are refusing to enforce Gov. Andrew Cuomo’s 10-person Thanksgiving executive order.

“On Friday morning, it became clear that Mr. Cuomo, a Democrat, would not have the statewide cooperation he sought when the sheriff of Erie County, which includes Buffalo and its suburbs, said he would not enforce the gathering limit.

“This national holiday has created longstanding family traditions that are at the heart of America, and these traditions should not be stopped or interrupted by Governor Cuomo’s mandates,” the sheriff, Timothy B. Howard, a Republican, said.

The next day, he was joined by Sheriff Richard Giardino of Fulton County, which is northwest of Albany. In a forceful denunciation that he posted on Facebook, Sheriff Giardino, a Republican, questioned the constitutionality of Mr. Cuomo’s order, adding that he could not “in good faith” defend it.

“Don’t feel a need to hide cars, cover with leaves or walk 3 blocks so your house doesn’t become a target of the Governors EO,” he said, according to The New York Times.

We are coming up on one of our most beloved holidays. It is possible to take this virus seriously while still gathering with loved ones to give thanks for the freedoms that haven’t yet been trampled by authoritarian governors and mayors.

Thanksgiving is around the corner, and across the country families are planning how to celebrate with their loved ones in the midst of Covid-19. In South Dakota, we won’t stop or discourage you from thanking God and spending time together this Thanksgiving.

Some states across the country are imposing restrictions on Thanksgiving celebrations. Some in the media are even looking ahead and planning to cancel Christmas. I’ll continue to encourage each and every one of you to exercise personal responsibility and make smart choices.

This entry was posted in Public safety & health, Regulation and tagged Kerry Dougherty. Bookmark the permalink.