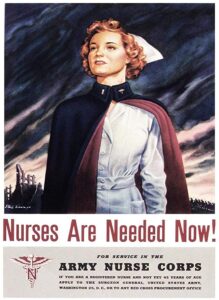 Fourteen nights in a hospital, especially if you are fully awake and observant, is very instructive. Here are some things I want to share:

The hospitals are understaffed and otherwise under major stress, to the point that patient standards of care have changed. As nice and diligent as everyone is, nurses or technicians can be with only one patient at a time, and the charting they must do is extensive.

When the order for a vital test is placed at 11 a.m. and it finally happens at 2 a.m. the next morning, with two lonely techs running the CT machine through the dead of night, that’s about staffing. A 3 a.m. room visitor coming to conduct an ultrasound at bedside is a sign that team is also shorthanded.

A slow response on a call button is about staffing, not inattention at the desk. The days when the staff makes sure every patient gets at least cleaned up with wipes and gets clean sheets and a new gown daily are gone. It happens if you ask and happens quicker if a family member can help you.

All the people I asked blamed a staffing exodus during and after the pandemic sieges, backfilling now only slowly. Cynics might wonder if hospitals are enjoying some financial benefit from lower labor costs. I can just testify that the experience differed from previous (and shorter) hospitalizations in the same facility. Those folks they have were all gracious and easy to work with, but swamped.

The hospitals are heavily dependent on immigrants, and a viable legal immigration system and more openness to foreign credentials have to be part of the staffing solution. Screw the professional protectionist urges. Screw the Trumpian nativist nonsense.

Jesus, the friendly surgical tech who chatted me up in pre-op, had been a nurse in the Philippines. Margaret with the lovely BBC accent had been a nurse in Wales. Why do we refuse to recognize their licensing? Perhaps a full third of the personnel I spoke with were immigrants, many who had done their training here. We should accept more of the foreign training.

And then, of course, there are the doctors, some heavily accented immigrants and many probably born into families long here, but the Asian and Indian Subcontinent surnames abound. Being in a modern American hospital must be hellish for racists like that idiot mass murderer in New York. What they call “replacement” is a done deal.

Long COVID is real but sometimes it isn’t long COVID. The symptoms that started in late February seemed cardiac, to me anyway, but an echo test was interpreted to say otherwise, and the operating theory became long COVID. It remained the theory as the symptoms worsened through a useless course of steroids and was still the assumption the day before admission.  This COVID thing has the doctors totally stumped and long COVID may be an easy crutch preventing others from finding out their real problem. Stay aggressive.

Skilled phlebotomists, filling the 4 a.m. vials or placing an IV with one minor stick, should be the best paid techs in the joint. I doubt they are.

If the right cook is on duty, order the pancakes for breakfast instead of the fixed menu. I  think they mentioned the name Isaac. Isaac, those were restaurant quality. And thanks to the unknown decider who allowed pulled pork to count as heart-healthy. I enjoyed it two Thursday nights (but didn’t stick around for the third BBQ Thursday just for the Q).

Forget about getting rest in a hospital. Come on, folks, the monitor will tell you if I’ve stopped breathing or gone into arrest. Why do another vitals check that just confirms all the daytime measures? The medical value of the midnight interruptions that destroy sleep need to be weighed against the value of that sleep in one’s recovery. Show me the study that shows outcomes improve with all the midnight disturbances.

I understand pre-dawn blood draws, to give the docs fresh readings before rounds. The hospital-wide broadcasts that a trauma patient is ten minutes out shouldn’t be necessary, except again because of those staffing issues. The trauma team is scattered around on other duties (as I discovered when a nurse darted out of my room mid-conversation.)

And how nice that the fancy bed shines various multicolored lights on the floor providing useless information no one is there to see, even blinking at times, and helping to light up the room all night. A nurse found me perhaps the only sleep mask on the floor, bless him. They should be standard issue at admission, just as all the airlines give you one as you board an overnight flight.

Rethink it all, people, asking: is this worth interrupting sleep?

Technology saves the day. I was first told about this new heart valve device in 2010, when the surgeon who installed my first replacement valve predicted this would be my second. At that point it was being widely used in Europe, but as always, the U.S. regulators were balking and demanding more data. Now it is becoming commonplace, and this particular device is approaching 500,000 installs.

Had it been approved in 2012, we’d have gotten more years with my father. But it wasn’t yet allowed. All hail the regulators.

The surgeon who did mine lumps all his TAVR (transcatheter aortic valve replacement) patients onto Tuesday’s operating room schedule. Hence, TAVR Tuesday. The job now is for me to set a new longevity record for the widget.

This entry was posted in Health Care, Regulation and tagged Stephen D. Haner. Bookmark the permalink.