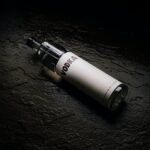 You would think that after two years of folks marching around with useless rags on their faces and wearing rubber gloves to grocery shop, we’d be weary of empty gestures.

You would be wrong.

Over the weekend another kind of mass foolishness gripped the country that was watching in horror as Russia attacked Ukraine:

If you weren’t dumping your vodka down the drain and demanding that liquor stores smash the bottles already on their shelves — you know, the stuff the retailers ALREADY BOUGHT FROM RUSSIA — you were secretly supporting warmonger Vladimir Putin. 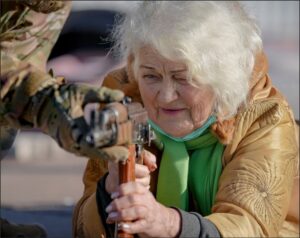 Denouncing Russia’s invasion of Ukraine, Governor Glenn Youngkin has directed a series of actions to show solidarity with the Ukrainian people. “The invasion of Ukraine by Soviet dictator Vladimir Putin cannot stand, and the people of the Commonwealth are ready to rally in opposition to this senseless attack on a sovereign nation and western ideals,” he said in a press release issued this afternoon.

(I hope I’m not being churlish by pointing out that Putin is not dictator of the Soviet Union, which no longer exists, but of Russia.)

The actions include: (1) reviewing all state contracts to determine if Virginia tax dollars are spent on goods and services provided by Russian companies; (2) calling on the cities of Norfolk and Roanoke to end sister city partnerships with Russian cities; and (3) asking the Virginia Retirement System to divest itself of any holdings of Russian currency or securities.

As much as I support these actions, they are symbolic and will have no practical effect. Yes, it is important to send a message. But surely there is more that we, as freedom-loving Virginians, can do to help the Ukrainians. END_OF_DOCUMENT_TOKEN_TO_BE_REPLACED

A Time for Conservatives to Speak Out

Sometimes in life we come to a major fork in deciding who we are and who we are going to be going forward.

“praised Mr. Putin’s aggression as “genius” and called the Russian leader “very savvy” for describing the troops aligned on the Ukrainian border as peacekeepers.”

Watch the video. No one can hurt him as badly as his own words and sneering presentation. Mr. Trump has lost what little self control he ever had. He can’t tell the difference between feigning intimacy by being casually offhanded about something as important as war and instead seeming utterly unanchored in reality.

Mr. Trump’s rant made it all about himself. He praised Mr. Putin as a throw away line. The whole presentation was disgraceful.  No a word about the freedom of Ukraine’s 41 million people.

He clearly has no sense at all of history and he can’t tell the difference between savvy and madness in Mr. Putin — and perhaps in himself.

Some Virginia politicians have tied themselves to Mr. Trump. Those who from this point forward do so without calling him out for this will have made a public choice. END_OF_DOCUMENT_TOKEN_TO_BE_REPLACED

First Ukraine, Next the World? Russian hackers caused a power outage in Ukraine during the holiday season, escalating fears of the vulnerability of the U.S. electric grid to cyber attacks. Half the homes in Ukraine’s Ivano-Frankvisk region were left without power for several hours Dec. 23.

“This is the first incident we know of where an attack caused a blackout,” said John Hultquist, an iSIGHT cyberespionage executive. “It’s always been the scenario we’ve been worried about for years because it has ramifications across broad sectors. (See coverage in the Washington Post.)

Attackers used a malware that wiped files off computer systems, shutting them down and causing the blackout. The attack was described as emerging from Russia.

A silver lining is that the outage was relatively short-lived and easily fixed. I would expect that U.S. cyber-security systems are far more robust. On the other hand, it is alarming to have this confirmation that shadowy groups are actively probing the vulnerability of electric power systems anywhere. The electric grid is the most essential infrastructure in the U.S.; without it the economy would collapse and society would dissolve into anarchy. Consider the Ukraine incident a shot across the bow. Let us hope that federal authorities treat the problem with appropriate seriousness and that the political class here in Virginia does the same.

For more about what Virginia is doing to harden its grid, see “Mad Max Coming to an Electric Grid Near You?”