Virginia’s Plan to Attack Gun Violence — Will It Survive? 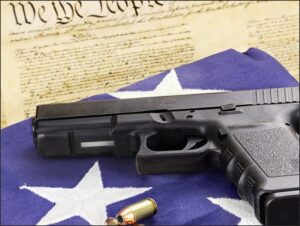 It has been [a month] since the shootings in Buffalo, New York and Uvalde, Texas, took 31 lives and once again crystallized the need for more effective measures to combat these outrages. It is not clear whether Congress can summon the will for even the most minor of reforms, but our leaders need to transition from “thoughts and prayers” to real policy change if we are ever to combat the scourge of gun violence in this nation. Virginia Senators Tim Kaine and Mark Warner recently called on Congress to enact the “Virginia Plan” of gun violence reforms, based on major changes made in the Commonwealth in the 2020 and 2021 legislative sessions.

Virginia has neither escaped the carnage of mass shootings nor the heated debates about what to do about gun violence. The 2007 massacre at Virginia Tech left 32 dead, and another 12 were killed during the 2019 shooting in Virginia Beach. Neither involved AR-15 style weapons (the killers used semiautomatics, but they were pistols). The Virginia Tech tragedy prompted creation of a government commission that brought only minor change. But Virginia remained a strong gun-rights state into the 2010s.

The school shootings at Parkland drew further attention to the issue. The Republican Speaker of the Virginia House grudgingly convened a special committee to address school safety, but then prohibited it from discussing guns. Following the Virginia Beach shootings in 2019, Governor Northam called a special session on gun violence; Republicans adjourned it in 30 minutes with no action. END_OF_DOCUMENT_TOKEN_TO_BE_REPLACED