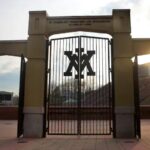 A Saturday meeting of the VMI Alumni Association, convened to elect a new board of directors, broke up in acrimony and confusion. In a series of votes, dissident alumni voted to remove the existing board and replace it with a hybrid slate comprised of some old board members and some new. But association President Sam Stocks declared the votes in violation of the association’s bylaws, and the meeting concluded with no new board being chosen.

The fracas reflects deep divisions within the Virginia Military Institute alumni community since The Washington Post, former Governor Ralph Northam, and the Northam-instigated Barnes & Thornburg report declared VMI guilty of “systemic racism.” The Northam-anointed superintendent, Cedric Wins, is implementing recommendations of the report by building up Diversity, Equity & Inclusion programs that some traditionalist alumni fear are antithetical to the hallowed Rat Line and Honor Code. Dissident alumni perceive that the VMI Alumni Association has sided with Wins in the ongoing controversies and has not been transparent in its activities.

The aborted Saturday election has significance beyond VMI. Dissident alumni groups — including The Jefferson Council at the University of Virginia and the General’s Redoubt at Washington & Lee University here in Virginia — are organizing around the country. There is a widespread sentiment that established alumni associations have been captured by university administrations, function mainly as fund-raising arms for their institutions, and, as self-perpetuating cliques, are unresponsive to the concerns of conservative alumni.

The effort by dissident VMI alumni to gain control of the VMI alumni association represents a new front in the campus culture wars. This is the first time, to my knowledge, that conservative alumni have ever tried to take control of an association. And, in my estimation, it won’t be the last. END_OF_DOCUMENT_TOKEN_TO_BE_REPLACED 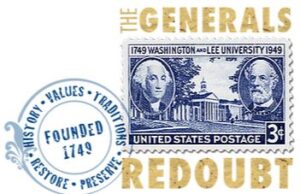 The Generals Redoubt, an association of alumni protesting the leftist drift of Washington & Lee University, scored a seeming victory earlier this year when the W&L Board voted to keep Lee — as in Confederate general and former university president Robert E. Lee — in the school’s name. But subsequent events have made clear that Lee’s name is about the only traditional element that the university intends to uphold.

After two or more years of issuing op-eds, letters, videos and other forms of persuasion to get President Will Dudley and the W&L Board to protect long-held values, the Generals Redoubt is demanding Dudley’s resignation and calling for a cessation of all donations to the private, liberal arts university. Here follows the letter distributed to alumni and friends. (For those not familiar with W&L, the Generals is the name of the school’s athletic teams.) — JAB

Generals! Out from the Redoubt.

Yes, the name has been retained, but the W&L we remember remains in name only. END_OF_DOCUMENT_TOKEN_TO_BE_REPLACED