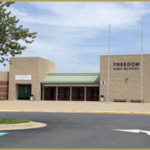 The Washington Post, in a lengthy article, “The crisis of student mental health is much vaster than we realize,” wrote about the mental health crisis facing our school children, especially adolescents.

Nationally, adolescent depression and anxiety — already at crisis levels before the pandemic — have surged amid the isolation, disruption and hardship of covid-19.

Now, the Post tells us. They even hint that more federal money may not help. Which must have taken an extra couple of days of meetings before publication.

The article did not identify the “we” who were cited in the headline as not realizing this was happening. Who indeed could have guessed such an outcome?

Other than anyone older than 12 not blinded by a “narrative” that never included the children’s mental health.

Some even wrote about the issues when recommending that kids go back to school in person. Before the start of the 2020-21 school year.

In the Post story, not a word about the “leaders” in state and local governments and the teachers union strike threats that kept some Virginia public schools closed up to an extra year.

Not a word about the Catholic schools that opened across the state in the fall of 2020.

Not a word of apology for being a big part of the problem that needs to be fixed.

The governor is going to present additional mental health initiatives to the General Assembly, but it is generally not a money problem right now. The schools are awash in federal COVID-related funds.

Parents who have the resources will try to find their own solutions. School divisions will maximize use of telehealth and group therapy.

But our children were broken by the adults who made the deadly decisions to keep them out of school. Credit should go where credit is due.

Thanks, Drs. Northam and Fauci. Thanks, Ms Weingarten. Thanks Fairfax Education Association. Thanks to the newspapers that brooded about the dangers of going back too soon.

The Washington Post editorialized in July 2020 about getting kids back in school, but after much verbal melancholy, the editorial board made going back about ever-more federal funding. It is, after all, The Post.

Virginia Catholic schools opened without a dime of federal money in hand.

Some members of the medical community were complicit, going even further than the CDC and ignoring the effects on children’s education and mental health to sing a one-note song about danger.

As an example, see the back-to-school guidance offered by the University of Virginia School of Medicine on October 3, 2021, nine months after vaccines became available.

Seriously, read it to refresh your memory how much tunnel vision some of the medical community had.

Some of it was parental pressure in the bluest school divisions. Again, that was before the 2021-22 school year. As parents, that is their right and their obligation if they feel that way.

But the bluer the division, the more risk-averse they were. The bluer the voters, the later their schools opened to in-person instruction. That is just a fact.

And speaking about blue school divisions, a special shout out to the board of Richmond Public Schools. Who kept their schools closed for the entire 2020-2021 school year.

After wringing their hands in October of 2020 about chronic absenteeism from remote learning resulting in an increase in daytime crime. Increased crime from middle-schoolers.

(RPS Chief of Schools Harry) Hughes said the city’s increase in daytime crime would explain many student absences at Martin Luther King Jr. Middle School, which reported that more than one-fourth of its students are on track to be chronically absent.

The absences were virtual. The crime was not.