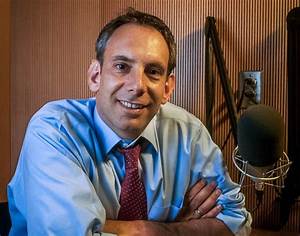 We are in the throes of what has been called a “culture of contempt,” a nation so divided that some families may not be able to endure another Thanksgiving around the same table. Passing the yams might well come with an earful… or more. Comity has given way to scorn. Division is seen as not only a national issue but one that has cost people personally, too.

Cable news and online media – and to be sure, social media – are stoking and accentuating our differences. We aren’t listening to each other. We are at a point where we must ask: Have we reached a moment in our nation’s history when we are unable to recognize our neighbors for the genuine people that they are? Is the light around us to be perpetually refracted through a prism of red and blue? Above all else, have we lost our sense of humanity, of seeing each other as people first and not as “Uses” and “Thems?”

We can do better. We must do better. Even if that starts with One Small Step.

That is the name of a new initiative that we at StoryCorps are scaling in this critical moment in our nation’s history. It’s based on a premise that we know a bit about – conversation and listening can be an act that brings two people together.

StoryCorps began 17 years ago with a recording booth in New York’s Grand Central Station. The premise was simple and open to all: come and record a conversation with someone you know, and love or respect. Since then, StoryCorps has become an American fixture. Some 650,000 people – husbands and wives, grandparents and grandchildren, friends and soulmates – have recorded conversations about their lives, their memories, and their hopes for the future. The sum total of these exchanges represents a sweeping swath of America’s story over the past century, stories told by everyday people that expose our nation in all its pathos and passion, moments of revelation, wisdom and despair. Every interview joins the StoryCorps Archive at the Library of Congress so that future generations can someday get to know their great- great- great- grandparents through their voices and story.

If you are not familiar with StoryCorps, I invite you to listen to a short segment here.

Until recently, these conversations took place between people who knew each other.

One Small Step seeks to build on the foundation constructed by StoryCorps and the people who have entrusted their stories to us. Our objective is to bring together strangers, matched by StoryCorps, for conversations. It’s not a random yoking of alien beings. One Small Step participants hold contrasting political views. At the same time, they may be matched by a common interest or a shared experience.

Our initiative will set them to talking – virtually, in deference to the pandemic. People ask questions like: “Who has been the most influential person in your life?,” “Who was kindest to you when you were a kid?” and “Is there something about my beliefs that you don’t agree with but still respect?”

Is our goal to resolve their political differences? Importantly, no. In fact, politics is our third rail; we ask that it not be broached. Instead, we encourage participants to explore subjects that are personal in other ways.

One Small Step is based on an extremely well-studied psychology theory from the mid-20th century called “contact hypothesis.” It holds that direct contact – personal, human contact – with people we might consider the enemy can help us see that person as a human being. Decades of research have borne out the theory time and time again. Simply put, contact theory shows us that under the right conditions, “Us” and “Them” can become “We.”

In the year ahead, One Small Step will serve as a virtual laboratory further testing whether we can reduce feelings of contempt among individuals and at a community level. It’s the hardest thing we’ve ever done at StoryCorps, but we’re giving it our best shot. .

We have selected Richmond, which, as you know, has a polarized history, as one of four cities in the country where we will be taking our first small steps. In fact, through our friends at local NPR member station, VPM, recordings have already begun, including a recent conversation between Bucky Neal, a descendant of slaveholders, and Rev. Brenda Brown-Grooms, a descendant of enslaved people. The two opened up about how the legacy of their ancestors have affected their own lives, even a century and a half later.

Scratching beneath the surface, finding humanity in one another – these are the small steps our nation must begin to take.

Dave Isay is the president and founder of StoryCorps, an independently funded nonpartisan organization. If you are interested in participating in One Small Step, you can apply here.

This entry was posted in Uncategorized and tagged Guest contributors. Bookmark the permalink.

3 responses to “StoryCorps Seeks to Pierce “Culture of Contempt””