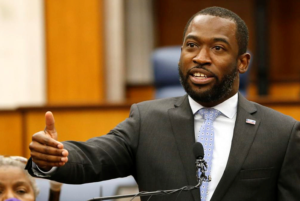 The Richmond Police Department received more than 80,000 calls for service in the first five months of 2020, writes Richmond Mayor Levar Stoney an a Richmond Times-Dispatch op-ed. Police respond to every type of crisis, from homelessness to mental health to substance abuse.

“We need officers to respond to violent and criminal acts,” Stoney says. “We cannot expect our police officers to serve as social workers, psychologists, child trauma experts and mental health workers, responding to every noncriminal call for service because America hasn’t properly prioritized other service providers. It does not make our country, or our city safer.”

Now it’s time to “reimagine” public safety, he says. Accordingly, he has created a Task Force on Reimagining Public Safety to come up with actionable steps within 90 days. Measures might include reallocating police funding to allow social workers to respond to non-violent calls, creating a Civilian Review Board to hold officers accountable for misconduct, and using evidence-based policies and practices.

I’m not convinced that the Richmond Police Department is broken. There have been few instances of police brutality, and the RPD has one of the highest murder-clearance rates in the country — a sign that police have a reservoir of trust and good will in the community. Further, I don’t know if these reforms are being driven by the residents of Richmond’s more crime-afflicted neighborhoods or by leftist activists and intellectuals. Still, some ideas may be worth pursuing, even if they come from the Left — at least if executed carefully without wrecking the morale of the police.

The Police are called upon to respond to a wide variety of incidents for which they are not trained. Hiring people who are accustomed to dealing with non-violent social and mental-health crises might be a good idea. I’m not convinced that the idea will work, but there’s no obvious reason it wouldn’t. As long as the City of Richmond moves in a careful, deliberate manner — tracking and measuring results, incorporating feedback, modifying practices — this is an experiment worth conducting.

I also agree that it’s worth setting up Civilian Review Boards to review incidents where police employ violence leading to injury or death. Internal reviews of shooting incidents across Virginia so consistently rule that the actions were justified that one can’t help but wonder if they are truly objective. Transparency is paramount. On the other hand, I do worry that reviews can become highly politicized and destructive to police morale. Success likely will depend upon which civilians are selected to participate in the review.

I believe in the so-called “laboratory of democracy.” Let’s try lots of experiments. Let’s try new things. Let’s see what works. It beats the heck out of a top-down, one-size-fits-all approach emanating from Washington, D.C., and the state capital.