State Revenue Up a Full Third in Northam Years 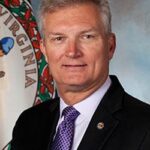 With one month to go in its fiscal year, Virginia has almost met its General Fund revenue target in the first eleven months, as the revenue bonanza described here before continues. Partly it is due to the strong economic recovery post-COVID, but it is also due to numerous increased tax rates or policy changes under Governor Ralph Northam.

With 11 months of the basic taxes now accounted for, the state has collected just a hair under $22 billion towards the $22.3 billion it estimated in the budget adopted last year and amended this winter. Compared to the same point four years ago, total GF revenue has grown a full one-third. With the deepest recession of the past century in between the comparison points.

The final numbers for June, which ends the fiscal year and may not be public until August, may change these trends, but only a bit: Sales and use tax collections are up 25% over four years, personal income tax collections are up 32% over four years, and corporate income taxes are up 91%.  The underlying inflation for that period is about 9%, so the real growth is tremendous.

The data comes from the monthly report released today, both a letter and the usual tables. It is a swan song for Secretary of Finance Aubrey Layne, who leaves at the end of the month to become a senior vice president at the Sentara medical operation in Hampton Roads.

His deputy, Joe Flores, will move up to become secretary for the remainder of the Northam Administration. Flores is well known around Capitol Square, having served 12 years on the staff at the Senate Finance Committee and then as a deputy secretary for Health and Human Services. Medicaid and other medical programs are huge cost drivers for the state.

His new deputy will be Carter Hutchinson, moving over from the Governor’s policy staff and having been a campaign policy adviser to both Northam and before that Terry McAuliffe. He has not worked outside the Office of Governor.

Layne breaks the show business rule of “always leave them wanting more.” More of his service to the Commonwealth would be welcome, certainly, but more money is not required. The end-of-year surplus announced in coming weeks is going to blow off the roof, just about the time the General Assembly is fighting over how to spend more than $4 billion in American Rescue Act money.

At the same point four years ago, as Governor Terry McAuliffe was wrapping up his term, the end-of-year surplus was all of $136 million. We might be adding a zero to that next month. Layne told the Richmond Times-Dispatch earlier today (read it here) it ought to exceed $1 billion. Then the question becomes, how much can the underlying budget grow for Fiscal Year 2022?