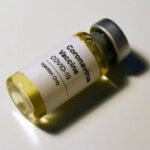 Here’s a tip for Virginia’s Department of Health: There are roughly 732,000 Hispanics living in Virginia. Consider hiring one of them.

Put him or her in charge of the Spanish language pages on the department’s website where critical public health information is displayed.

Because, according to news reports, the high school Spanish student doing the work now may have made a colossal error. Seems the page tells Virginia’s Spanish-speaking population that the COVID-19 vaccine is not necessary.

What it should say is that the vaccine is not MANDATORY.

The issue came up during a Virginia Vaccination Advisory Workgroup telemeeting Monday, reports The Virginian-Pilot.

Dr. Rebecca Vargas-Jackson, a member of the group, said her students at George Mason University were the first to bring it to her attention. Before the faulty translation, the English passage simply meant the vaccine wasn’t mandatory, she said.

“There is nothing worse than providing misleading information to people that are looking for some answers,” Vargas-Jackson said.

The only thing worse would be sitting on more than 70% of the stockpiled vaccine while people are falling ill and dying.

And that’s where we are right now, despite a merry press conference by the governor last week setting a lofty goal of 50,000 shots a day and inoculations complete by summer.

Instead, Virginia languishes in the bottom half of states for vaccine distribution: 38th to be exact, with just 29% of our vaccines administered.

Guess who’s number one? West Virginia. A state governed by a corn farmer.

According to the Bloomberg Covid-19 Vaccine Tracker, West Virginia has administered 71.8% of the vaccine doses it’s received. That ranks first among the 50 states, according to Bloomberg, with North Dakota and South Dakota ranking second and third at 68.3% and 64.9%, respectively. For the U.S. overall, 36.5% of distributed doses have been administered, per Bloomberg.

“We don’t have vaccines in a warehouse sitting on a shelf,” Gov. Jim Justice said on CNBC’s“Squawk on the Street.” “Today, we have 100% of the vaccines that we’ve received … either in people’s arms or have a name tagged to the vaccination that they’re going to get and they’re going to get in the next couple of days. Now, what we need in West Virginia, we need more vaccines.

“We’re first now to vaccinate all of our nursing home residents and staff, as well as our assisted living,” Justice said.

“This is all about age and age and age,” Justice said, alluding to the disproportionate impact the coronavirus has had on older Americans. “That’s just all there is to it.”

Leave it to a farmer to come up with such a practical formula.

Here in the Old Dominion, the only state with a doctor in the governor’s mansion, we have a far more woke system of administering vaccines. You know, one where inmates get their shots ahead of those ages 65 to 75 in the general population and before cancer patients with compromised immune systems.

As our neighbor — West Virginia — begs for more vaccines, Virginia has Spanglish on the website, vaccines on the shelf.