Shut Down All Public Schools Until Teachers Can Be Vaccinated, VEA Demands 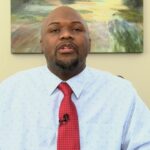 Virginia Education Association President James J. Fedderman has called for all public schools in Virginia to shift to all-virtual instruction until teachers and staff have been vaccinated. “Learning losses can be made up,” he said in a video statement. “Loss of life cannot be.”

“Governor Northam this week said that getting Virginians vaccinated against COVID-19 is the best way to end this pandemic, rebuild our economy, and move the Commonwealth forward,” Fedderman said. “We call upon the Governor, school board, and school superintendents to keep all students and staff safe with virtual instruction until staff are vaccinated.”

What concrete evidence did Fedderman present to justify the continuation of online learning? The rolling 7-day average of daily cases in Virginia now exceeds 5,000, according to the VEA web page accompanying his video, and more than 5,200 Virginians have died. Nationally, more people died of COVID-19 than any day since the pandemic began.

In the video Fedderman also drew upon his personal experience. Over the holidays he said, his entire family was infected by the virus over the winter holiday. He spent two weeks getting barely two hours of sleep a night and lost 30 pounds from the “vicious disease.”

Here are some of the facts he did not mention.

According to the Virginia Department of Health COVID-19 dashboard, only 105 of the 2,078 health outbreaks identified across Virginia occurred in K-12 settings. LocalSchoolDirectory.com lists 2,186 schools in the state. Admittedly, many public schools have closed, but many have remained open. Outbreaks have occurred in fewer than one in 20 of the total.

Moreover, schools are an insignificant contributor to the spread of the disease. The number of “outbreaks” in K-12 settings have been a tiny fraction of the number of those in colleges, hospitals, correctional facilities, and nursing homes. All told, only 625 confirmed cases in schools have been logged — and zero deaths. So, the idea that school teachers’ lives are at risk is pure alarmism.

All the more frustrating, Virginia’s private schools have remained open, and they have proven that they can operate safely through the pandemic. The legislators write:

This is not just within ‘elite’ private schools. In Richmond specifically, Anna Julia Cooper Episcopal School which serves economically disadvantaged fourth- through eighth-graders primarily from Richmond’s East End — has been offering in-person learning since July and has experienced only two COVID-19 cases. …

Through the prudent use of temperature taking, the pod system, alternating arrival and dismissal times, requiring masks for teachers and children, and limiting interactions between classes and staff, schools can safely offer in-person learning.

On the one hand it is reassuring that the common-sense position of reopening public schools is a stance that can transcend the usual partisan lines, as evidenced by the legislators’ letter. However, the VEA’s position is deeply disturbing. In the video, Fedderman seems sincere enough. He’s probably a very nice man. But he never once acknowledges the cost of school shutdowns to Virginia’s school children, much less to the minority children who are most impacted. The one and only concern he expresses is limiting the miniscule risk to school teachers.

This may sound harsh, but Fedderman’s attitude — which is shared widely among VEA teachers — strikes me as extraordinarily selfish. Let this be a warning to all Virginians as the VEA grows in power and influence in a state government dominated by the Democratic Party. The interests of the VEA are antithetical to the interests of Virginia’s children.