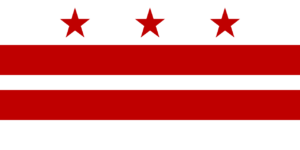 Taxation without representation. The Democratic Party’s control of Congress and the White House has reopened the question of statehood for Washington, DC. This is not a new issue. The question of statehood for D.C. has been actively debated since 1980. Since the 98th Congress, more than a dozen statehood bills have been introduced. Two made it out of committee. The closest any bill came to success was a 1993 effort that was defeated 277 to 193 in the US House of Representatives. Support for D.C. statehood lies almost entirely along party lines with Democrats favoring statehood since it would yield two U.S. Senators and one Representative — all of whom would almost certainly be liberal Democrats. Republican opposition has been insurmountable over the years. Maybe a major repackaging of the idea of statehood for D.C. could break the logjam.

That troublesome Constitution. There are numerous obstacles on the road to statehood for Washington, D.C. One of the biggest is the potential need for an amendment to the U.S. Constitution which states. “Seat of the Government of the United States” shall be a district that is at most ten square miles and separate and apart from the other “particular States.” Apparently, in 1790, ten square miles meant what ten miles square means today. The original District of Columbia was 10 miles by 10 miles for a 100 square mile area.  Sixty-nine of the original square miles were ‘donated” by Maryland and 31 were “donated” by Virginia. However, Virginia’s donated land was retroceded back to Virginia in 1847. This retroceded land became what is today Arlington County and the City of Alexandria. The modern District of Columbia is a city of just under 69 square miles, all originally part of Maryland. By comparison, the smallest of the 50 states is Rhode Island at 1,214 square miles. More than 17 Districts of Columbia would fit into Rhode Island.

If the U.S. Constitution were to be amended to make D.C. a state the first step (absent a Constitutional Convention) would be for two-thirds of both houses of Congress to vote to propose an amendment. Then, three-fourths of America’s state legislatures would have to vote to ratify the amendment. Given the political nature of the D.C. statehood question, the odds of a Constitutional amendment meeting the approval hurdles are slim to none.

Size matters. While D.C. has a population larger than several states it would still be a runt of a state, geographically speaking. It would have a land area smaller than 150 US cities. It also lacks any appreciable level of economic diversity. No agriculture, no manufacturing, no natural resources, no significant technology companies, etc. What possible perspective would D.C.’s two Senators and one Representative bring to Congress? What possible reason would Republicans in Congress or Republican-majority state legislatures have to make an area the size of a large farm a state? Proponents of D.C. statehood need to “think outside the box.”

Other options. The argument that D.C. residents pay all federal taxes without voting representation in Congress is legitimate. But statehood isn’t the only remedy to that situation. Another remedy would be to end the requirement for D.C. citizens to pay federal taxes. If anybody wants to see gentrification on steroids, that would do it. Another remedy would be to retrocede D.C. back to Maryland which provided the land where modern day D.C. sits. No new Senators, one new Representative. More liberal voters in a state that is sky blue already. Finally, there is a possible approach where D.C., along with portions of Northern Virginia and D.C.’s Maryland suburbs would be combined into a “New Columbia.”

New Columbia. The core of the expanded version of New Columbia would be D.C., the counties of Arlington, Fairfax, Prince William, Loudoun, Montgomery (MD) and Prince George’s (MD). Alexandria and the smaller cities that are embedded in NoVa counties (such as Falls Church) would also be part of the bundle. The resulting state would be 2,335 square miles in size and have a population of just over 5.1 million people. It would be a bit larger than Delaware and have a population density nearly twice that of New Jersey — America’s most densely populated state.

Odds of success? Limited. All six of the stakeholders would have to agree. A Constitutional amendment would, as far as I can see, still be required. The political edge would be dulled so Republicans might be more receptive. But the remnants of Maryland and Virginia would lose size, status and — most of all — money. In addition, creating America’s most urban and wealthiest state centered around the federal government would ruffle more than a few feathers.

Personally, I’d vote “yes” as a Northern Virginian who would become part of New Columbia. The existing state of Virginia is taxing and spending like a socialist regime without any appreciable benefits. Maybe the government of New Columbia would be able to turn a tsunami of taxes into something worthwhile.