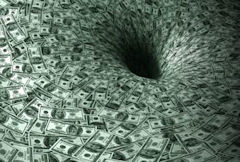 Gee, who could have foreseen this? Virginia’s Medicaid expansion will cost more than expected. From the Richmond Times-Dispatch: A hospital tax designed to pay for Medicaid expansion might not cover the expense of administering a key provision of the legislation: a work requirement for people receiving benefits.

The Senate Finance Committee was “taken aback” earlier this week, reports the T-D, to discover that Governor Ralph Northam proposed using $13 million from the General Fund to seek federal approval of a work-requirement waiver. Senate Republican leaders also “expressed surprise” at a new estimate that Medicaid expansion would cost about $85 million more in the upcoming biennium than previously estimated.

Said House Appropriations Chairman Chris Jones, R-Suffolk, “It was always my expectation that this was going to be part of that provider assessment.” By the provider assessment, Jones was referring to a tax on hospital revenue, the cost of which may or may not get passed on to patients — nobody really knows.

Both of these surprises come on the heels of a $462 million surprise increase in the cost of the pre-expansion Medicaid program, plus the surprise $47 million never mentioned during last year’s debate to boost Medicaid reimbursements to induce more physicians to take on Medicaid patients.

It’s enough to make one cynical. Somehow, costs never seem to come in less than expected. And cost overruns always come as a “surprise.” It’s almost as if… as if backers of bigger entitlements low ball the cost in order to sucker people into backing the program. Naaah, that couldn’t be the case. Politicians wouldn’t trick us, would they?

This entry was posted in General Assembly, Health Care and tagged James A. Bacon, Medicaid. Bookmark the permalink.