Second Amendment is Not for Everyone 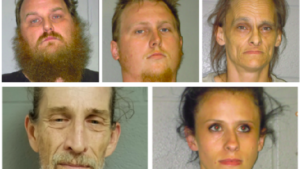 For anyone who doubts that black people are harassed in everyday actions by other citizens and law enforcement, there is the recent incident in Shenandoah County to consider.

A black pastor was on the property of some apartments he owns when he saw a man and a woman, not his tenants, dragging a refrigerator toward the dumpster he maintains for the apartments. He stopped them and asked them to leave.

Shortly thereafter, three or four other men showed up. They began harassing him and using racial slurs. They told him that black lives don’t matter in Shenandoah County. They threatened to kill him.

The black man did what any good American would—he pulled out the gun for which he has a permit and then called 911.

The story has a better ending this time. The sheriff has publicly apologized and asked that the criminal charge against the black man be dropped. The thugs who were threatening the man have been arrested and charged with abduction and other offenses, including hate crimes, and are being held in jail without bond. But the black people of Shenandoah County now have a graphic illustration of what some of their neighbors and law enforcement think of them.

This entry was posted in Gun rights, Race and race relations and tagged Dick Hall-Sizemore. Bookmark the permalink.