Screwing Workers On Safety and Liability 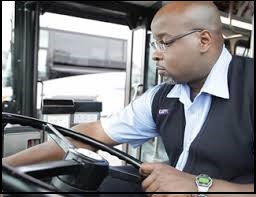 Worried about the health of its membership, Local 1220 of the International Amalgamated Transit Union demanded additional safety measures such as full personal protection equipment, time and a half hazardous pay, limits on the numbers of passenger and testing.

GRTC management threatened to fire workers who stayed away from work but agreed to talk. A resolution may come at a May 19 board meeting.

Indeed, stories are showing up throughout Virginia and across the country as workers most likely to be exposed to COVID-19 often have the least protection and no guarantees their employers will provide testing, hospitalization and sick pay.

In Timberville near Harrisonburg, workers at a Pilgrim’s Pride poultry plant worry that they are required to work at less than six feet –- considered safe distancing –- from each other. In Norfolk, non-union workers at a General Dynamics ship facility were required to do electrical work until they refused, citing exposure threats and a death.

Smithfield Foods, owned by a Chinese firm, operates many large food processing plants across the country. Smithfield is the U.S. headquarters for the factories. Last month, a Smithfield meat packing plant in Sioux Falls, S.D., fell into the national spotlight, when, cheered on by the state’s Republican Gov. Kristi Noem, 853 workers were pushed on on to work despite health concerns and became infected with COVID-19. The state is 85% white but of the workers, 69% come from communities of color. This underlines when some on this blog choose to pretend is not a problem -– that many of those most exposed to the virus are blue color workers of color. When this is over, there will be a judgment about the many inequities that still trouble Virginia and the U.S.

As conservatives beat their drums to reopen the economy despite grave concerns by medical experts, there are moves in Congress to give business owners protection from liability should they be sued for forcing workers to work and they become infected or die.

The spear point in this effort is Senate Majority Mitch McConnell who just a few weeks ago was helping put together a $ trillion plus stimulus. According to The Washington Post, McConnell is being supported in this effort by the Trump administration.

So, to put this is in clear language, times are changing as those in power want to screw over their workers by avoiding responsibility for them.

This has never been more plain in Virginia which has a proud history of cheating its workers out of a living income and making it hard to exercise their Constitutional right to bargain collectively. Business Pooh-Baas in the Old Dominion brag about their right to work laws and other efforts to weaken labor from negotiating on fair terms.

With Donald Trump, who was a notorious player in labor relations while in business, it is only going to get worse.