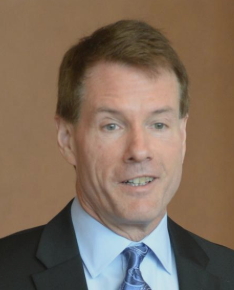 It’s one thing for some geeks in a garage to spin up a new Bitcoin currency. It’s another when a sophisticated data-analytics company with nearly a half billion dollars in revenues dives in the cyber-currency. MicroStrategy Inc., one of Northern Virginia’s more prominent IT firms, has invested $250 million from its cash stockpile to purchase 21,454 Bitcoins.

CEO Michael Saylor is none too optimistic about the long-term future of the economy. Returns on its $550 million cash hoard are declining, and the dollar is weakening.

“Those macro factors include, among other things, the economic and public health crisis precipitated by Covid-19, unprecedented government financial stimulus measures including quantitative easing adopted around the world, and global political and economic uncertainty,” Saylor said. “We believe that, together, these and other factors may well have a significant depreciating effect on the long-term real value of fiat currencies and many other conventional asset types, including many of the assets traditionally held as part of corporate treasury operations.”

That’s a complicated way of saying he fears that massive monetary and fiscal stimulus will be highly inflationary.

This investment reflects our belief that Bitcoin, as the world’s most widely-adopted cryptocurrency, is a dependable store of value and an attractive investment asset with more long-term appreciation potential than holding cash,” Saylor said in a statement. “MicroStrategy has recognized Bitcoin as a legitimate investment asset that can be superior to cash and accordingly has made Bitcoin the principal holding in its treasury reserve strategy.

The price of Bitcoin, the pre-eminent cyber-currency, has been prone to wide swings driven by speculators. Saylor is undeterred.

We find the global acceptance, brand recognition, ecosystem vitality, network dominance, architectural resilience, technical utility, and community ethos of Bitcoin to be persuasive evidence of its superiority as an asset class for those seeking a long-term store of value. Bitcoin is digital gold — harder, stronger, faster, and smarter than any money that has preceded it. We expect its value to accrete with advances in technology, expanding adoption, and the network effect that has fueled the rise of so many category killers in the modern era.

Saylor has skin in the game. He owns 23.7% of MicroStrategy shares. He is also one very smart dude. And if he is so worried about a resurgence of inflation that he is adopting such an unorthodox strategy, so should everyone else. I’m not suggesting that small investors pile into Bitcoin — personally, I make it a practice to never invest in something I don’t understand — but we should begin to incorporate into our thinking the idea that there are huge hidden risks stemming from the unprecedented monetary experiment in which central banks around the world are pumping massive liquidity into the global economy.

Everyone thought the South Sea Bubble and the Tulip frenzy would turn out well…  until they didn’t.