Run for your Local School Board 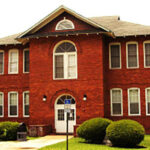 Bill O’Keefe published an essay here today, the title of which is “Revisionist History is a Fool’s Errand.”

Revisionist history is unfortunately not a fool’s errand, but rather a business, and a successful one, run by people that hate America and wish for its destruction. They despise and reject the civil rights movement as a weak bourgeois response to a situation that required revolution. Today’s woke revolutionaries quote Martin Luther King at their peril.

From a personal communication by a distinguished friend of mine:

“The source of the problem is 40 years of “education” in which the “educators” and the books they have used reviled America’s failures and refused to acknowledge its successes and virtues, especially the latter. The failure to educate Americans in their own history is a failure that mightily contributes to the current absence of common ground.”

We have spoken here before of neo-Marxist Howard Zinn’s “A People’s History of the United States,” a 1980 revisionist history that continues to be mandated for too many pupils. Designed as a middle-school and high-school textbook, it has sold over 2 million copies. Lesson plans with similar tripe are available for teacher download from links published by the National Education Association.

The pupils of yesteryear who were fed this stuff are the woke editors (at least the remaining ones) and radical journalists at places like the New York Times.

Zinn and his followers fail to acknowledge that the fights against slavery and for fair wages, an eight-hour workday, child-labor laws, health and safety standards, universal suffrage, and women’s rights were all successful in America and that racial equality, an unfinished goal, has made huge strides, all under what they consider an irredeemable system.

It will be a long fight to reform education to reestablish the true narrative of the history of America, the most successful and generous country in history. We have paid great prices for our principles. We have lost millions of men fighting for the freedom of others, including to free the slaves.

We will need to reject school reading lists that offer “anti-racist” literature that preach against every thing that has made America the destination of the world’s people looking for a better and freer life. We will need to reform Balkanized social studies departments. And most importantly, we must reform (re)Education schools that are devoted to teaching hate for this country to kindergarten students.

I have read a “study” from a (re)Education school that reported the “need” to extend radical education to kindergarten because by third grade, the previous goal, children had absorbed too many of their parents’ values. And of course that cannot be permitted.

We must stop the madness.

We need leaders in the political sphere and in local school boards, church boards, university boards and the like to make a concerted effort to turn this around.

From the Wall Street Journal:

In Minneapolis, nationwide protests, which quickly turned to riots, have been hijacked by the neo-Marxist left, morphing into an all-out assault on American cities and institutions. This assault is underpinned by an audacious attempt to rewrite history that turns specific past events into weapons not only to overpower political opponents but also to recast all of American history as a litany of racial transgressions.

The radicals have turned race into a lens through which to view the country’s history, and not simply because they are obsessed with race. They have done so because it allows them to identify and separate those groups that deserve affirmation, in their view, and those that do not. What is taking place is the resegregation of America, the endpoint of which will be the rejection of everything the civil-rights movement stood for.

A statue is a statue. The Western-Marxist trends in American education are the underlying problem. We need to start by redeeming our history with a sense of urgency.

Do not get discouraged by national and state politics. Do something positive. Run for your local school board.

Run a positive campaign based on ensuring that optimistic, pro-family, pro-American, pro-capitalist, individual rights-affirming and inclusive values are reflected in curricula.

Reject thought and speech control, favor civility. Reject critical theory that seeks only to destroy. Favor the teaching of unifying themes in our schools.

Favor the teaching of the Constitution and its entire Bill of Rights and list of amendments and the Declaration of Independence as history’s most important declarations and guarantees of the rights of man. Celebrate the founders as flawed individuals — who among us is not? — but the creators of the most successful and free political system in human history.

Run to ensure schools teach all the reasons why immigrants from all over the risk much to come to America.

Favor celebrating America’s successes and admitting the need for continual improvement in areas where we have not yet achieved national goals.

Call out the “antiracism” curricula for what they are, destructive attempts to separate, re-segregate really, Americans into warring groups. Celebrate and run to improve programs that assist disadvantaged students to reach their maximum potential.

Be prepared for hateful campaigns against you, but do it.

It is a start.

10 responses to “Run for your Local School Board”