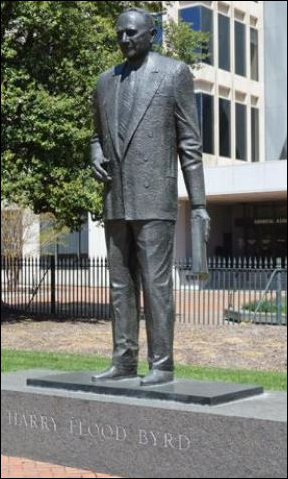 Right-wingers in Virginia have been apoplectic for months that Democrats finally captured the General Assembly after years of Republican control.

They also were enraged that the legislature this winter passed a number of reforms that would draw Virginia into the 21st Century such raising the minimum wage, boosting collective bargaining, tightening rules on carbon pollution and raising taxes for cigarettes, a deadly product.

Now such conservatives are using the COVID-19 pandemic as an excuse to throttle or delay such needed reforms. They have banded into groups such as the Coalition fort a Strong Virginia Economy. They have used the Virginia Municipal League’s complaints against the reforms, claiming they cost too much, as a way to derail new measures.

According to the left-leaning blog site Blue Virginia, one of the more extreme advocates for scrambling changes is Dave LaRock, a far-right Republican delegate from Loudoun County. A pronounced gay-basher, LaRock wants to squelch all of the reforms made by the more progressive General Assembly.

In the past two days, James C. Sherlock raised the specter of anti-Americanism if the changes take effect. His incredible missive went so far as to claim that left-leaning Virginians were trying to turn the government into a socialist, totalitarian state.

One of his complaints was that U.S. House Speaker Nancy Pelosi tried to caboose a rule in the $2.2 trillion aid package calling for more women and minorities on corporate boards. Whether such riders should be attached in such a way is a fair question. What is disturbing is that expanding diversity on corporate boards has been a worthy goal for decades now. It has nothing to do with Vladimir Lenin or Mao Tse-tung.

If you take all of these efforts as a whole, you see the obvious pattern. They seem to be part of an organized, multi-pronged campaign to turn back the progress Democrats in the last, history-making session of the General Assembly.

With the Republican Party in disarray and ordinary people growing ever more revolted by the incompetent bombast of Donald Trump, the right wing failed to check progressive moves this winter. Now they are trying to use the pandemic to achieve their goals.

To be sure, businesses and governments are being hard-pressed by the social-distancing orders, especially in sectors such as hospitality, restaurants, retail and some manufacturing. As the reforms come into being, some adjustments might be made. But with the lack of a coherent national pandemic policy, we don’t know when the numbers of those infected or dead will plateau and when the economy will start coming back.

The fear is that if there are delays, the right wing will go a step farther and kill them all. Jeff Schapiro, the Richmond Times Dispatch political columnist, noted that in 1931, when the Great Depression was gaining strength, a tobacco grower named Billy Reed wrote to Harry Byrd Sr., the state’s autocratic political boss.

He said: “We must keep Virginia like she is without any changes.”