Reject the Cut, Help the Students 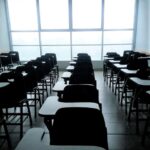 Cruise over to the website of Cristo Rey Richmond High School, and you’ll learn that all of the students there are from low-income families.

You’ll also read about scores of national and local partnerships, providing hundreds of work-study opportunities to teach students the art and science of working in an office environment and the soft skills of communications, customer service, office etiquette, and team building – the sort of skills employers highly value and that make young people highly employable.

What you won’t learn is that those positive programs – and the future of their scholars — may now be in severe jeopardy.

The school came to Virginia because of the Education Improvement Scholarship Tax Credit (EISTC), a program offering donors to qualified scholarship programs serving low and moderate income children a 65% state tax credit. Last year, more than $600,000 in scholarships helped Cristo Rey serve students who needed a better educational placement, and whose family incomes come in at less than $65,000 for a family of four.

The three-year-old school carefully phased in its operations, starting with a freshman class and adding a new class each year. It is on track next year to enroll 250 students, with an ultimate goal of 350.

But a provision in the state budget agreement passed last week could stop growth at Cristo Rey and other schools in its tracks. The provision imposes a $12 million cap on the EISTC credits — a cut of more than half – despite a 20% growth in use since 2019. This $12 million level is nearly a million less than the amount used in the last Fiscal Year and means at least 300 fewer students can be served.

It’s not just Cristo Rey: One hundred percent of students at Richmond’s Anna Julia Cooper School receive free tuition because of the EISTC and the program enabled the school to expand down to kindergarten, allowing it to start closing the gaps sooner. In Petersburg, St. Joseph’s Catholic School, the only non-public alternative in that beleaguered city, was on the road to closing its doors when scholarship students provided additional resources to help keep the doors open. Other scholarship organizations focus on helping students with disabilities attend schools preparing them for independent living.

Admittedly, part of the reason for the relatively lower usage of EISTC credits is that, of 28 similar state tax credits in the nation, the size of Virginia’s credit ranks 27th.

But the real challenge for legislators is understanding these are scholarships, not a government program where you “use it or lose it.” The foundations involved must identify means-tested eligible students, find donors, calibrate donors to the student population (all donations must be spent within two years), and ensure that a bad economy doesn’t cause donors to cut back and strand students who start school but are left without scholarships down the road. Not so many years ago, a corporate donor withdrew when federal tax interpretations changed – leaving a $1 million hole that needed to be plugged. The goal is to make certain students are not hurt and certainly not ratcheted back and forth between schools.

So, scholarship foundations have moved cautiously, perhaps overcautiously, but with well-run foundations, students never ran the risk of being thrown out because there were no scholarships.

Until now. If allowed to remain, this provision has the effect of cutting current scholarships for at-risk children by more than a million dollars, destabilizing growth and expansion for schools seeking to serve more students, and leaving behind low-income parents and children struggling to secure a quality education. And it effectively eliminates the possibilities of adding new scholarship students, since growth will be frozen at less than even the current needed amount.

Within 24 hours after the budget became known, Governor Glenn Youngkin’s office is reported to have received more than 1,000 communications urging him to restore the program to full strength. Indeed, only the Governor can prevent the unwinding of a scholarship program many low-income parents see as offering the best hope for their child’s future.

Waiting until the next session exacerbates the challenges for parents. Parents start applying to scholarship foundations in January, and for low-income families, their choice of school depends entirely on the availability and amount of scholarships.

Rejecting the severe EISTC cut is the right thing for the Governor to do. It is also the best hope to help those underserved parents and children chart a future better preparing them to be healthier, safer, and more productive members of our society.

Chris Braunlich is president of the Thomas Jefferson Institute for Public Policy and a former president of the Virginia State Board of Education. A version of this commentary appears in the Richmond Times-Dispatch.

This entry was posted in Education (K-12), Taxes and tagged Chris Braunlich. Bookmark the permalink.