Ray of Hope in Virginia Senate 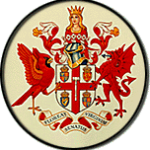 It’s not much. But it’s something. An anemic attempt to rein in some of the unfettered emergency powers that are being exercised by Virginia officials.

I’m referring to the unanimous vote to pass SB5025 late last week by the Virginia Senate. This is one of the very few measures before the General Assembly that legitimately deserves debate during this special session. It deals with Virginia’s ongoing and seemingly endless state of emergency.

You know, the unelected official who refused to release details about Virginia’s nursing home carnage, by invoking a bizarre claim of privacy rights to conceal that information.

You know, the man who scared the bejaysus out of all of us in April when he speculated that the oppressive Phase One of Virginia’s reopening would last “at least two years.”

You know, the health chief who recently said that when a Covid-19 vaccine became available he’d make it mandatory.

The legislation, sponsored by Sen. Steve Newman, R-Lynchburg, would limit the duration of executive orders from the health commissioner to 30 days unless the state’s Board of Health voted to extend them. The bill also limits emergency decisions made by the board itself to 30 days, though members can reconvene to re-extend the policies for another month.”

No emergency order could be extended for longer than 18 months unless the board adopted a more permanent regulation through the state’s formal administrative process.

How do I know this bill is a good one? Did I mention it passed unanimously? Plus, the governor, who seized power by declaring a state of emergency in mid-March and has extended it over and over, opposes the measure.

No point in celebrating, though. The bill will almost certainly die in the House of Delegates, where the majority supports unfettered centralized power in Richmond almost as much as it wants to hamstring the police.

If lawmakers in both houses were doing their jobs they’d all be in Richmond right now, curbing the governor’s executive powers. Unfortunately, bills to do that died early in this August special session.

The only way to end the governor’s often arbitrary edicts is through the courts. That has worked in other places. For instance, Wisconsin’s stay-at-home order was struck down in May by that state’s supreme court. Yesterday, a federal court ruled that many of Pennsylvania Gov. Tom Wolf’s emergency orders were unconstitutional.

Read the opening salvo in the court’s opinion. It contains a warning for all of us.

In an emergency even a vigilant public may let down its guard over its constitutional liberties only to find that liberties, once relinquished , are hard to recoup and that restrictions … may persist long after immediate danger has passed.

Jon Tigges, the owner of Zion Springs vineyard and wedding venue in Loudoun County was unsuccessful in seeking an injunction against Northam’s restrictions on businesses earlier this summer. Yesterday, he announced that “buoyed” by the Pennsylvania ruling, he and six other plaintiffs will head to court today seeking a similar ruling for Virginia.

This entry was posted in General Assembly, Governance and tagged COVID-19. Bookmark the permalink.