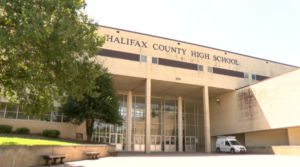 The voters in one of the most conservative and rural parts of the state recently acted contrary to stereotype and voted to raise their taxes.  Furthermore, that action was made possible by legislation sponsored by their Republican delegate in the General Assembly

Halifax County has been wrestling for several years with the issue of replacing the county’s lone high school. The general consensus has been that something needed to be done, either renovation or replacement. The daunting question was the projected cost: $88 to $99 million, depending on the option chosen. The county already had committed (under court order) to incurring substantial debt to substantially renovate the courthouse.  Therefore, it was felt that the current tax base could not support the debt needed for the high school project, without a substantial, and politically unlikely, increase in the tax rate.

At the request of the county, Del. James Edmunds (Republican) introduced legislation authorizing a referendum on increasing the local sales tax that the county could levy. Over substantial opposition from his fellow Republicans, Edmunds got the bill passed. The legislation authorized the county to have a referendum on increasing the local sales tax by up to one percent, with the proceeds dedicated to school construction or renovation. (To illustrate the reluctance of the General Assembly to give localities more discretion on taxation, the bill had to be narrowed substantially from its original authorization of any county or city to levy an additional unlimited sales tax for school construction.)

At the general election in November, 71 percent of the voters voted in favor of the sales tax increase.

The increased sales tax revenue will not be sufficient to cover the entire projected debt service on any bonds issued to finance the school construction. Therefore, the Board of Supervisors will still be facing some hard choices, including a possible increase in the property tax rate. But the voters made the upcoming decisions much easier.

Summary: As has been discussed at length in this blog, rural areas of the Commonwealth face many challenges. The residents of at least one conservative county have chosen to increase their taxes in order to improve their educational facilities to benefit their children and, hopefully, make the area more attractive to business in the future. Other areas may follow their example.

This entry was posted in Taxes and tagged Dick Hall-Sizemore, Rural development. Bookmark the permalink.

13 responses to “Raise My Tax, Please”