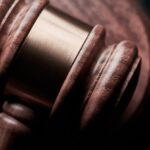 They were written by Justice Neil Gorsuch in a recent ruling that required Wisconsin to stop accepting ballots after 8 p.m. on Election Day.

Pity that rule doesn’t apply everywhere in the United States.

I know, I know. States get to make their own election rules. But a little consistency might be nice. In federal elections, anyway.

That way we’d have some hope of knowing who will be the next president during the first week in November rather than getting the news on Thanksgiving. Or worse, Christmas.

The post-election season is going to be crazy this year. Lawyers, start your engines.

The U.S. Supreme Court has issued several seemingly contrary rulings in the past week: One to allow Pennsylvania to accept absentee ballots for up till three days after the election, one that allows North Carolina to accept them for nine days and another to force an Election Day deadline in Wisconsin.

Lawyers in those cases argued different aspects of the law. The result is, well, confusion.

In Virginia, absentee ballots received by noon on the Friday after the election — three days late — will be counted, provided they have a legible postmark showing they were mailed by Election Day.

Yesterday a Virginia Judge, partially protected the integrity of the the commonwealth’s vote by smacking down a new rule from state election officials that would allow ballots without a postmark to be counted for up to three days after the election.

After listening to arguments Wednesday in Frederick Circuit Court, Judge William Warner Eldridge IV ruled that absentee ballots without postmarks will not be counted if the barcode does not indicate whether the ballot was mailed by Election Day…reported The Washington Post.

I hesitate to ask this, but how bad of a procrastinator must you be to be dropping a ballot in the mailbox on Election Day itself, expecting it to reach its destination in time?

COVID-19 has been used as an excuse to allow citizens to vote in September, get their ballots in late, skip signatures on their absentee ballots and to accept ballots mailed days after the deadline.

Look, the pandemic has been around since March. Voters who are afraid to vote on Election Day — and I can’t figure out why standing in line for hours in October is preferable to waiting in line on Nov. 3rd, but hey, you do you — have been given ample time to get their votes in.

Is it asking too much to wrap up the voting on, well, Election Day?

This entry was posted in Electoral process and tagged Kerry Dougherty. Bookmark the permalink.