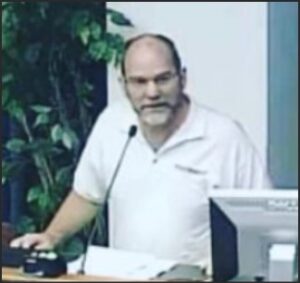 When a shockingly racist 2021 Facebook post from Hampton Electoral Board Chair David Dietrich surfaced late last week the reaction from his fellow Republicans — from Gov. Glenn Youngkin to the Hampton GOP chief — was swift and unequivocal.

Resign, they said, or we will remove you from the board.

“As governor, I serve all Virginians,” Tweeted Youngkin on Saturday. “I won’t accept racism in our Commonwealth or our party. The abhorrent words of a Hampton Roads official are beyond unacceptable and have no place in Virginia. It’s time to resign.”

Dietrich reportedly resigned within the hour.

13NewsNow reported that the Hampton GOP, “shared a screenshot of the post, in which Dietrich used racist language to criticize the U.S. Secretary of Defense Lloyd Austin and retired Army Lieutenant General Russel L. Honoré.”

“I made the mistake of appointing him and I am rectifying that mistake,” said Hampton Republican Party Chair Philip Siff. “We’re here to move forward and make things better.”

I will not print the screenshot of Dietrich’s post. Neither will I paraphrase his foul and offensive language. His post was vile, hateful and racist. Anyone expressing such loathsome sentiments has no place in public life or in polite society.

In 2021 Virginia’s GOP fielded the most diverse ticket in the commonwealth’s history. The trio of Youngkin, Lt. Gov. Winsome Sears and Attorney General Jason Miyares made history when they were elected.

So it was not surprising to see Republicans united in their denunciation of this Facebook filth.

This is what we expect of Virginia’s leaders.

At first Dietrich tried to pull a Northam and stay in office, but reportedly relented when the drumbeat for his removal reached the highest levels in Richmond.

His name is no longer on the Hampton Electoral Board page.

He doesn’t belong there or in any public office.

This entry was posted in Politics, Race and race relations, Scandals and tagged Kerry Dougherty. Bookmark the permalink.