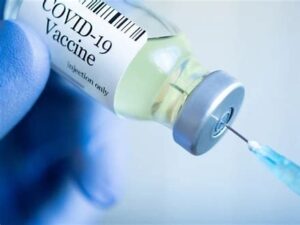 Virginia is apparently giving preference to certain clusters of minority residents in access to the COVID-19 vaccine, as Judicial Watch notes:

In the next few weeks, the state will give preference to black and Latino residents 65 and over while much older white seniors, many in their 80s, cannot secure an appointment to get inoculated. The plan was announced a few days ago by Dr. Danny Avula, who was appointed by Governor Ralph Northam this year to be the state’s vaccine coordinator…. In recent weeks, [a news] article says, roughly 10,000 vaccines were channeled specifically toward trusted clinics in neighborhoods with older black residents… the reporter cites “some experts” that have raised concern over age-based vaccine prioritization because it fails to account for lower expectancies among black and Latino communities, though it does concede that 75% of Virginia’s deaths are among those over 70….

A computer-savvy, 85-year-old Virginia man who has tried in vain for weeks to get vaccinated told Judicial Watch the new state order giving minorities preference is “particularly disturbing.” The man and his wife, also in her 80s, do not want to be identified because they are still trying to get the vaccine and fear criticizing the system might hurt their chances. In January the couple, residents of a suburb about 65 miles south of Richmond, signed up on the state website but lost their place after being told that the site was compromised. They have since tried signing up repeatedly with no luck.

Many of their elderly friends are in the same discouraging situation, the couple said. “The governor has decided who gets the vaccine based on race/ethnicity,” said another elderly Virginian who cannot get the shot after learning about the new distribution plan in a local media report. “The governor is a disgrace,” said a Virginia native in her mid-80s.

As a potential justification for this racial preference, the news article cites a report by the CDC claiming that black and Hispanic life expectancy fell disproportionately in 2020. But that report was based on an obvious mistake, says Professor Eugene Volokh of UCLA, a child prodigy and math whiz who started his own computer firm as a teen and graduated from college at age 15. Professor Volokh notes that the true fall in life expectancy last year was a statistically insignificant five days, not a year.

This racial preference does not have a valid justification. It is true that blacks and Hispanics had higher COVID rates than whites, but that disparity is not, by itself, a reason to give them priority in access to the vaccine. The Supreme Court has said that discrimination is not shown by minorities’ failure to be represented “in lockstep proportion to their representation in the local population.” (See Richmond v. J.A. Croson Co. (1989)).

Lower minority vaccination rates reflect reluctance to take it among some minorities, rather than discrimination in administering the vaccine. Surveys show that blacks and conservatives are more reluctant to take the vaccine even when it is available to them.

When the government has recently discriminated against a minority group in access to something, it can often give that minority group a preference in access to it. But that’s not true here: The higher black and Hispanic COVID rate is not due to such discrimination. Instead, it seems to be due to the jobs and housing they have.  James A. Bacon, the former editor of Virginia Business, examined Hispanic overrepresentation among COVID-19 sufferers in Virginia. He found that “there is no statistical evidence in the public domain that Virginia Hispanics are tested less for COVID-19, that Hispanics infected by the virus enjoy less access to hospitals, or that Hispanic patients receive inferior treatment in any way.” As commenter Fred Woehrle noted, “Hispanics work disproportionately in essential jobs that continued to function during the epidemic, which increased their risk of exposure. Food service workers, plumbers, etc., are disproportionately Hispanic.”

Medical professor Sally Satel says the risks of exposure for blacks and Hispanics “are increased because they are more likely than whites to work” in “jobs that require interaction with the public” and “to live in homes with many family members sharing close quarters.”

So it is those characteristics — not race — that Virginia could legally consider in handing out the vaccine to individuals. As the Supreme Court explained in Bartlett v. Strickland (2009), the government is supposed to use race only as a “last resort.” So it would have to target all high-risk occupational categories and dense housing first, before it could use race as a factor.

It might be argued that blacks live in densely-populated areas plagued by coronavirus partly due to discrimination, such as redlining by banks, or discrimination by landlords. But the Supreme Court has ruled that “societal discrimination” against a minority group is not a valid reason for giving priority to members of that group. (See Richmond v. J.A. Croson Co. (1989)).

Virginia certainly discriminated against black people in the past. But racial preferences are only a potential remedy for recent discrimination. For example, a court ruled that discrimination that occurred 14 years earlier was too old to justify a preference for black people. (See Hammon v. Barry (1987)).

A non-profit legal foundation, that represents people free of charge in lawsuits, Judicial Watch is interested in hearing from Virginia senior citizens who can’t get the vaccine and think their race may be an obstacle. If you think that might be the case, you can email me at hfb138@yahoo.com, and I will refer you to that legal foundation if you wish. It won’t cost you anything to talk to them about potentially representing you.

This entry was posted in Public safety & health, Race and race relations and tagged COVID-19, Hans Bader. Bookmark the permalink.