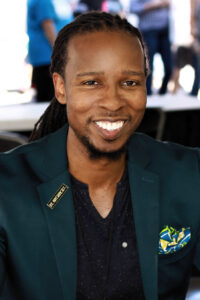 Ibram Kendi, Author of “How to be an Anti-Racist”

I have noticed some understandable confusion in the meanings of key words in the lexicon of the left.

If you have not read the writings of anti-racist “scholars” such Ibram X. Kendi, Robin DiAngelo, Ta-Nehisi Coates, Glen Singleton and others — multi-millionaires all on the back of their anti-racist writings and speeches — you don’t have a chance.

Without the reading, there is no way on God’s earth to accurately describe their philosophy. Much less understand it. It is a masochistic mission to which I have sentenced myself. So here goes.

Anti-racism demands that all acknowledge that racism is the source of all racial disparities — that race is the primary determinant of black Americans’ lives. The disparities list usually includes:

It is true that those disparities exist and that we must take steps to shrink them.

However, anti-racist “scholars” collect gross data, arrange them by race and point out disparities, insisting not only that correlation equals causation but that no other facts may be considered. They insist that if racism is eliminated, the disparities will disappear.

Then anti-racists define things that are artifacts of racism.

The claim that blacks have no agency in the outcomes of their lives is perhaps the most profoundly racist sentiment alive in the land, but it is what anti-racists profess to believe.

Anti-racists reject the 400 years of Western civilization that have advanced freedom and the rights of man.

They also proclaim that no matter how outwardly successful by white standards individual blacks may be, they nonetheless remain victims of racism. They reject the views of the many black scholars who understandably openly disagree with them and declare them to be racists as well.

When you only have a hammer everything looks like a nail.

It also means that people like me, who try through the General Assembly to improve the access to primary medical and dental care for white and black people living in pockets of poverty in Virginia, are considered to not understand that it is racism, not access to healthcare, that has determined health disparities. At least for the black poor.

Thus we are racist. Because we are not anti-racist. And the poor white component of our efforts is not helpful to the cause.

This entry was posted in Culture wars, Race and race relations. Bookmark the permalink.