Race, Injustice, the Northam Administration, and the Viral Inferno at Canterbury Rehabilitation 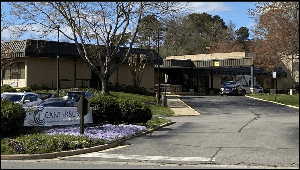 Virginia news outlets have published a spate of articles in recent days about the elevated rate of COVID-19 infection and mortality among African-Americans. Typical was this story in the Richmond Times-Dispatch, which highlighted the fact that in the City of Richmond, black people comprise less than half the city’s population but more than 60% of COVID-19 diagnoses. The “news” article offered this editorial commentary on the discrepancy:

The cascading damage of the COVID-19 pandemic has been especially cruel for low-income communities of color, where people are less likely to have access to quality health care and more likely to suffer from weakened immune systems and other health conditions that make complications from the disease more likely.

You know the drill: The problem is systemic racial injustice as opposed to incompetence and maladministration. Remarkably, no one in Virginia’s media or political establishment has drawn the connection between the high mortality rate for African-Americans in Virginia and the devastating plight of patients at Canterbury Rehabilitation, where by last count 49 mostly poor, elderly, African-American Medicaid patients have died. Nor has anyone, other than James Sherlock writing on this blog, laid responsibility squarely at the feet of the Northam administration and the Virginia Department of Health.

Warner and Kaine are all over the issue of racial disparity in the abstract. “It’s deeply troubling that the coronavirus is disproportionately impacting communities of color,” they wrote in their joint statement. “It’s imperative that we get data to help us understand the scope of this crisis and take action to reduce racial disparities.”

The two senators also joined their colleagues in sending a letter to Vice President Mike Pence regarding racial health disparities among COVID-19 patients. The letter highlights racial disparities in the mortality rate of the virus, calls for disaggregated racial data in COVID-19 case reporting, asks the administration for more information about its outreach to minority communities, and requests that COVID-19 vaccine and drug trials include diverse participants.

When it comes to concrete evidence of malfeasance and neglect in their home state — no added statistics required — they have had nothing to say.

In a discrimination complaint filed under the Americans with Disabilities Act, he writes:

Canterbury Rehabilitation and Healthcare Center in Richmond is the site of the nation’s deadliest outbreak of COVID-19. The patients are nearly all Medicaid recipients. The majority are African-American. …  Evidence unearthed from government records suggests that [the Virginia Department of Health] is directly responsible for failing to ensure that Canterbury was properly staffed with RNs at the start of the COVID-19 outbreak. States are uniquely charged with inspection and oversight of nursing homes by and for the federal government.

What could possibly account for the blind spot on the part of the media and Virginia’s esteemed U.S. senators? Perhaps the fact that responsibility for nursing home deaths cannot be blamed on President Trump. Responsibility for regulatory failure rests with the Northam administration. It is understandable that, as a Democrat, Northam gets a pass from his fellow Democratic Party politicians. It is less understandable that Virginia media has largely downplayed the administration’s culpability for Canterbury’s viral inferno.

This entry was posted in Health Care, Race and race relations, Regulation, Uncategorized and tagged COVID-19, James A. Bacon. Bookmark the permalink.