Bacon’s Rebellion normally does not republish campaign literature. We happily accept op-ed pieces from political candidates as long as they address substantive public policy issues, but otherwise I like to keep a healthy distance from office seekers. Today I make a partial exception. Jack White, a Northern Virginia attorney seeking the Republican nomination for Attorney General, has written the most compelling campaign letter I have seen this year. I don’t endorse White because we don’t do endorsements. But his message — in which a Black man critiques Critical Race Theory — is one that transcends the 2021 campaign season. His perspective needs to be heard. What follows is an extract of that letter with the campaign rhetoric omitted. — JAB 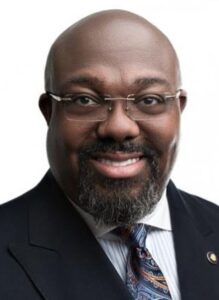 I want to tell you about the true source of my conservatism, because that is the best way to know me. My conservatism is inextricably intertwined with my faith. After all, if government were the solution to every problem in our nation, then why would we follow God?!?

When you understand the Gospel, then you understand that it is all about Life & Redemption: “In the beginning was the Word, and the Word was with God, and the Word was God. …and the Word became flesh, and we beheld His glory.” That is Life: God giving us Christ incarnate. Life is not just an idea; it is the beginning of the Gospel Story. Then sin entered the picture, requiring Redemption. Christ came for that very purpose. As a result, everything I do focuses on God’s precious gift of Life and the reason for Christ: Redemption.

Scripture also tells us that “In him was life, and that life was the light of all mankind. The light shines in the darkness, and the darkness has not overcome it.”

Even in darkness, there is still life to be had, life to be gained, and life to be preserved through Christ. This is the foundation of my hope, energy, and zeal for this race….

We also must remember the concept of Redemption, a principle on which our country was founded. The original settlers of our nation were leaving environments that were devoid of redemption and left them with no way to move forward. They were something better, and they created it here.

Indeed, my own story is a story of Redemption. … I experienced Redemption firsthand. Although I had been an ordained minister for years, there was a period when I turned to alcohol instead of Christ. This caught up with me one evening as I sat in a police station charged with a DUI and failure to stop.

God met me in that place and reminded me that He is enough. He reminded me that I didn’t need alcohol and that He not only gives life, but gives life to its FULLEST. That life doesn’t require a substance to enjoy; it requires surrender to Christ.

That night, I surrendered it all to Him and have never touched a drink of alcohol since.

Christ gave me life! I don’t wake up each morning with it held over my head — He freed me of it. He gave me a new day and a new start. Consistent with the American story, I was Redeemed!

THIS is the problem with critical race theory.

At its core, critical race theory fails to recognize the POWER OF REDEMPTION!

It seeks to focus on looking backwards and revisiting instead of forgiving, learning, and pursuing new life and new victory.

Let me demonstrate the error of this logic. Jim Crow involved making it nearly impossible for Black Americans to vote through poll taxes, literacy tests, and violence and intimidation. I have a grandfather who I never met. A few years before I was born – and, a few months after my parents married – my grandfather was lynched in the Jim Crow South.

One Sunday evening, after he had preached to a group at his congregation, the KKK met him outside and BEAT HIM MERCILESSLY, in front of his parishioners. Near death, my Grandfather was taken to the closest hospital. They would not treat him, because he had been “blacklisted,” which was a method of
identifying individuals who would not receive medical treatment in local hospitals. His parishioners, including his own children and my Grandmother, took him to another hospital.

They would not treat him there either.

That is lynching. And, that is Jim Crow.

Expanding the timeline for voting, expanding the number of locations for voting, and increasing election integrity by enabling voters to be seen through I.D. when they vote – that is not Jim Crow.

Now, I could focus on that, and develop anger and resentment. Or, I can forgive, and recognize the power of redemption.

Here is what redemption looks like: THE GRANDSON OF A MAN WHO WAS LYNCHED IN THE JIM CROW SOUTH FOR ADVOCATING FOR THE RIGHT TO VOTE STANDS READY TO BECOME THE FIRST BLACK ATTORNEY GENERAL OF A CONFEDERATE STATE, DEFENDING THE FREEDOMS OF EVERYONE!

That is the power of Redemption! We can give life by forgiving the past and using what we have learned from it to pave a brighter future for Virginians!

This entry was posted in Elections, Race and race relations. Bookmark the permalink.