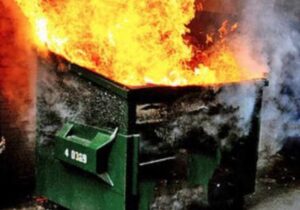 I’m normally reluctant to post material from anonymous sources, but I’m making an exception in this case. The author of this post is not asking us to accept anything on his (or her) say-so. He (or she) points to Virginia Department of Education documents that can be readily found online. Much of this material has been reported on Bacon’s Rebellion, but the author pulls together multiple strands into a coherent whole. The impact is powerful. — JAB

For months, the Virginia Department of Education has feigned ignorance about what might be behind all the fuss over critical race theory infiltrating the Commonwealth’s public schools.

In article after article, State Superintendent James Lane’s spokesperson repeated the talking point that nowhere in the Standards of Learning — the curriculum standards that all Virginia public schools must follow — is there a requirement to teach critical race theory, or to incorporate critical race theory when presenting state-mandated academic content.

By and large, education reporters and editorial writers in the state have bought this hook, line and sinker.

It is true that the Standards of Learning and the associated curriculum outlines available on the VDOE website make no mention of critical race theory.

The only hint on the official departmental website that critical race theory might drive policy is in a memo to school districts issued by Lane three years ago in the wake of Governor Ralph Northam’s blackface scandal.

But the Virginia Department of Education has another website.

The ironically named (given the shocking declines in student achievement since Lane was appointed by Governor Ralph Northam) “Virginia is for Learners” website is where the truth can be found about how VDOE’s critical race theory-inspired equity initiatives have transformed a department that once championed the idea that all students benefit from high standards.

A click-through of the Virginia Learners website reveals that under Lane, VDOE now views achievement gaps in reading and mathematics and other inequitable outcomes as consequences of “dynamic and ever-changing systemic racism,” as opposed to the result of complex socio-economic issues and decades of entrenched venality and incompetence in school districts responsible for educating most minority students. The entire agenda is all there in plain view.

For example, the keynote speaker for VDOE’s 2020 EdEquity Virtual Summit was Bettina Love, a fringe academic the Biden administration disowned last month after initially including her Abolitionist Teaching Network as a recommended resource for school districts.

Rather than holding schools accountable for preparing minority students to meet high (or even minimum) standards, VDOE this year proposed eliminating Advanced Diplomas and barring students from taking advanced math courses before the 11th grade in order to achieve the appearance of “equitable outcomes.” Lane subsequently disowned these equity-inspired proposals in the wake of outcry from parents in politically critical suburban counties.

In the forefront of VDOE’s crusade against systemic racism is Leah Dozier Walker, Lane’s ethically challenged director of equity and community engagement.

Walker is easily found on YouTube proclaiming the core tenets of critical race theory: that American was founded on racism, and that all of today’s educational disparities are the result systemic racism and the baked-in expectation that children of color must conform to “white” cultural norms.

VDOE and school districts have tried to hide all of this from the public, but occasionally, sloppy administrators have let their CRT linen show.

For example, last month a Fairfax County elementary school had to scrub its website after parents discovered “unapproved links” to content suggesting that white parents are responsible for “what’s wrong with our public schools.”
The push-back against CRT — despite the poo-pooing of most of the state’s news media — is producing results.

In addition to VDOE’s retreat from abolishing advanced diplomas and restricting access to advanced math courses, VDOE’s equity director took advantage “exceptional employee healthcare benefits” to treat herself to a “self-care sabbatical” to escape the “stresses of work, racism, and politics.”

Groups such as Parents Defending Education and Fight for Schools have aggressively employed Virginia’s Freedom of Information Act to compel school districts and VDOE to surrender records that reveal the extent to which CRT has infected K-12 policy in the commonwealth and the cost to taxpayers of feeding the rapidly growing equity-diversity complex.

When will the commonwealth’s fourth-estate watchdogs show an equal level of curiosity about an issue roiling communities from the Cumberland Gap to the Eastern Shore? Don’t hold your breath