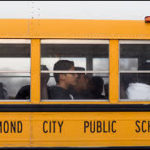 The headcount in Virginia’s public schools has leveled off in the 2021-22 school year after dropping by 45,000 students during the height of the COVID-19 epidemic last year. Statewide, public schools enrolled 1,251,970 students this fall, a loss of a statistically negligible 786 students.

That loss represents a tiny fraction of the student-age population, but the new numbers do raise the question of whether those 45,000 students lost the previous year will ever come back. Have their families permanently opted for private school or home schooling, or do other factors explain the shift?

The Virginia Department of Education (VDOE) has published the updated enrollment numbers on its “Build-A-Table” database with no comment or fanfare. The past two years have been a tumultuous time for public schools, which have contended with remote learning, mask mandates and, in some districts, polarizing controversies over policies derived from Critical Race Theory. Parental dissatisfaction with public school policies was a major factor in Republic Glenn Youngkin’s election as governor earlier this month.

In comparison to the two-year loss of 33,000 Whites, public schools statewide saw about 750 fewer Asians and 10,000 fewer Blacks. Those declines were partially offset by a increase of more than 5,000 Hispanics and more than 2,000 students classified as “two or more” races. The biggest increase in student enrollment — 13,000 — was for the English Learners category.

What is difficult to untangle is the extent to which changes in these subgroups reflect underlying demographic changes, such as a shrinking pool of school-age Whites and an increasing number of immigrants.

VDOE does not track private school enrollment, but it does publish statistics on home schooling. After surging from 38,300 during the pandemic year of 2020-21 to 59,600, the number of home schoolers has receded somewhat to 55,800 this year. Those numbers suggest that most but not all of the increase in home schooling will prove to be enduring.

In researching this post, I constructed a hypothesis that the biggest enrollment declines, for Whites in particular, would occur in school districts that most aggressively pursued progressive policies on remote learning, mask mandates, and “social justice.” I focused on Loudoun County and Fairfax Counties where the school administrations were most vocal about “social justice” issues. I predicted that “white flight” from those districts would be more pronounced than the state average.

In school districts where district leaders declare the schools to be systemically racist, Whites are lectured about their racism and privilege, and school children are divided by race into oppressors and victims, I expected that many parents would vote with their feet:  moving to less hostile school districts, schooling at home, or putting their kids into private school.

This graph, courtesy of John Butcher, shows that White enrollment in Loudoun County Public Schools was flat-to-downward in the pre-COVID era, then fell off a cliff, even as enrollment of other racial/ethnic groups continued to increase.

The percentage drop in White enrollment in Fairfax County was less pronounced than in Loudoun — 7.8% — but still somewhat more than it was statewide.

Also noteworthy in Fairfax County was a decline in the number of Asian students by about 2,300, or about 6.2%. That compares to an enrollment loss of less than 1% for Asians statewide. In Fairfax, public school leadership engaged in anti-Asian rhetoric in justification of changes to admissions criteria at the elite Thomas Jefferson High School for Science and Technology that penalized Asians.

There’s one more thread to this story. Why the decline in Black enrollment? I have not studied that closely but will make some quick observations. Two-year Black enrollment decline in the City of Richmond was a mind-boggling 16%. The falloff was sharpest in the elementary- and middle-school levels, not high school, and most of the decline occurred this year, not last year. This is a very different pattern that we saw in Loudoun County, and I would suggest that entirely different factors are at work.