Citizen Oversight of Police Off to Poor Start 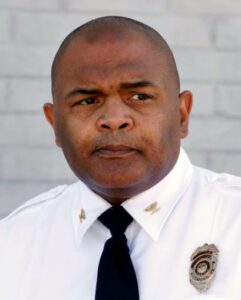 Setting up a citizen review board to provide oversight of the police is one of those ideas that sounds better in theory than it works in practice.

Police officers are human. Like anyone else they can make mistakes. Also, being human, they look out for one another. When a policeman kills someone in the line of duty, can citizens count on the internal police department review to be objective? Surely it makes sense to create a mechanism to review the reviewers. Checks and balances — that’s part of the American way.

But in in the real world, there must be a modicum of trust and good will for a review board to work. And the process of creating such a board in the City of Richmond is off to a rocky start.

In late March, the city set up a nine-person task force to set up a Civil Review Board empowered to investigate allegations of police misconduct. The task force will recommend who should serve on the board, how it would function, and how much it would cost. As described by the Richmond Times-Dispatch, the board would function independently, with its own budget and its own investigators to complete probes outside the police department’s chain of command.

According to a March 30 RTD article, Police Chief Gerald Smith publicly supported the review board’s creation, in contrast to his predecessors — two of whom were fired by Mayor Levar Stoney during the tumultuous protests and riots of last summer.

Last week, though, the task force publicly criticized Smith for lack of communication. Task force members say they had been trying to reach him for more than a month. In an article today, Smith disputed the assertions. “These communications started last week,” he told the RTD.

Smith made another critical point: The most effective review boards work in collaboration with police rather than in confrontation.

Smith did appear at a task force meeting Wednesday and engaged in what the RTD described as a “tense exchange” with task force members amid a presentation from Sharon Fairley, a University of Chicago Law School professor and chief administrator of Chicago’s Independent Police Review Authority.

“We’re looking at citizen review, not oversight — review,” Smith said. Of the study, he asked: “Were there problems that needed to be addressed? Were there an exorbitant amount of use-of-force complaints? Or other complaints of use of force that was maybe not excessive, but unnecessary? Did the study take into account whether or not the police agency was working as it should rather than not working as it should?”

Fairley called her research “agnostic,” focusing on the prevalence and primary functions of civilian oversight rather than why the bodies were created or their effectiveness.

Task force members insisted that their goal is to build trust between the police and the community. “Certainly, approaching that from an adversarial perspective is not helpful,” said Eli Coston, a VCI professor and co-chair of the task force. ““We want to hear what your questions about this process are, what your concerns about this process are, and also to help your officers who might have reservations understand the benefits of civilian oversight for the entire police department.”

Bacon’s bottom line: It will be disastrous if these discussions remain adversarial. If the civilian review board becomes a mechanism for anti-police militants to second-guess and undermine the police, morale in the already under-staffed police force will tank. Officers will jump ship, recruitment will suffer, and the phenomenon of “over policing” will become a distant memory. And Richmond will start looking a lot like Chicago.