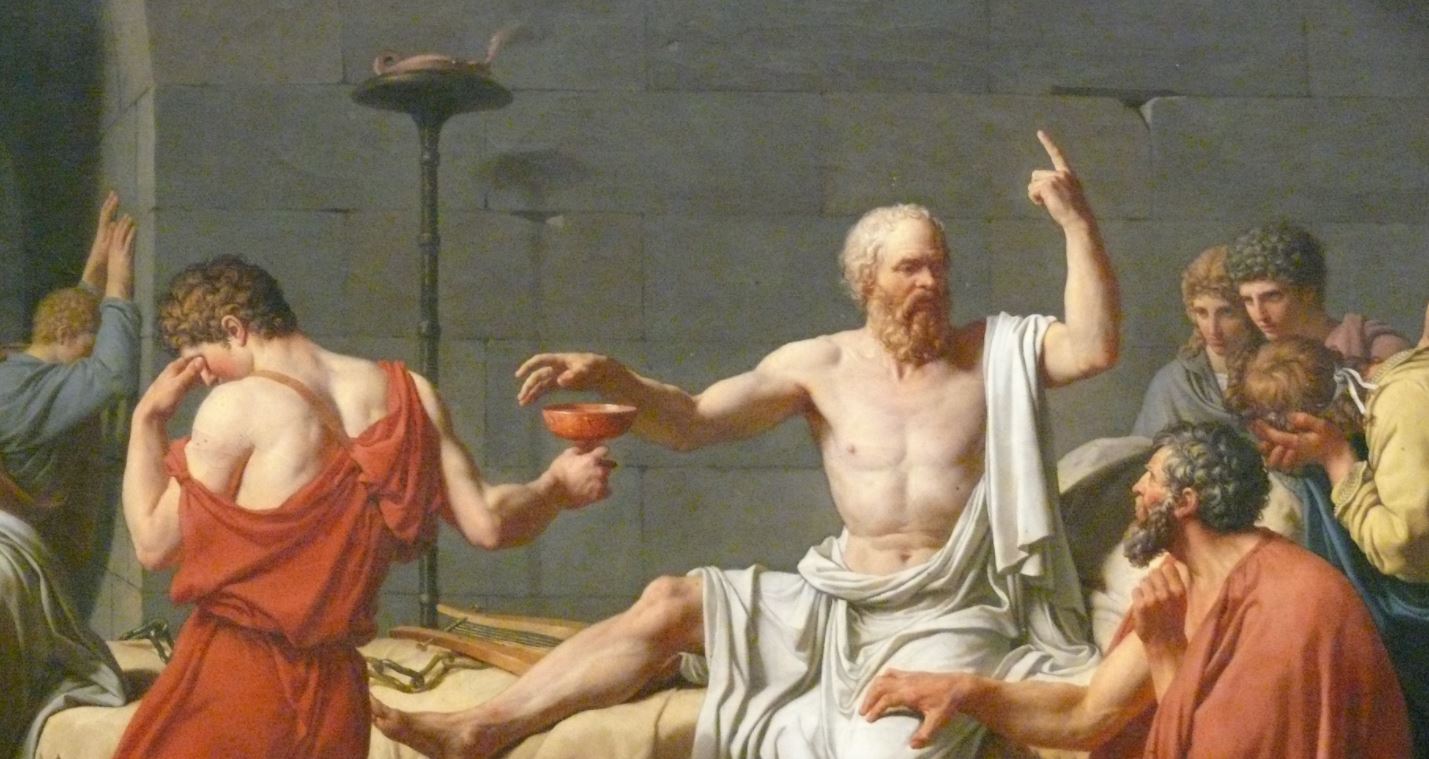 The strangest thing happened the other day. I was asleep, but I swear it wasn’t a dream. I was in Charlottesville, wandering around the University of Virginia Law School! I walked into an auditorium where the law faculty was seated, with UVa President Jim Ryan and law school Dean Risa Goluboff in attendance. Before the professors could chase me out and file a No Trespass Warning, we were suddenly transported, Star Trek-like, to an amphitheater in Athens. Socrates stood before us.

The following discourse took place in Classical Greek, and everyone understood it. Socrates took the floor and began conducting a — you guessed it — Socratic dialogue.

“Is there any limit on a woman’s right to choose,” he asked.

It was astonishing how up to speed on current events the old man was. He then asked — I’m telling the truth! — “If a woman has the right to control her own body, could Athens require her to get a COVID shot?”

“Can Athena become Zeus,” Socrates asked. “Can Zeus become Athena? Can a woman or a man choose to have transgender surgery? What if the transgender candidate is a minor? Can the parents veto surgery for their minor child?”

No, nodded the law professors in near-unanimous agreement – I think I saw a few not nodding. Parents had no right to abuse their children by forcing them to be someone they did not want to be. Even though the vast majority of the professors had nodded affirmatively, it seemed maybe with a little less vigor.

Socrates pressed on with his questions. “If Athens can require COVID shots, does it not take away the woman’s control over her own body? Conversely, if a majority of the citizens held sway, as in Athens, could the city state require taking the baby to term? Could it compel the abortion of a Down’s child — or terminate a pregnancy on the grounds that the parent was an imbecile?” (You could feel discomfort slowly descending like a fog.) “If Trump voters are imbeciles, can they be prohibited from having children?”

At that moment, Thomas Jefferson appeared from behind a column and put his arm around Socrates and escorted him away. Before my vision ended, I heard this exchange.

“Yes. It’s a sin to the Creator of the Universe to be hopeless, but they do not seem to appreciate beauty or truth. Lovely here, though.”

“I saw how you used some of our styles. You did a wonderful job. Now, please, keep me away from the hemlock!”

Then I sprang up off my pillow. But I swear I was really there!

This entry was posted in Education (higher ed) and tagged University of Virginia, Walter Smith. Bookmark the permalink.