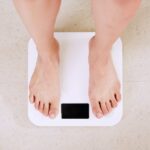 Who could have predicted that closing fitness centers, filling public parks with sand, draining public pools, curtailing youth sports, shuttering schools and telling workers to stay home would result in a sharp increase in obesity?

And who would have guessed that being obese would contribute to more serious outcomes for anyone infected with COVID?

Actually, those of us with common sense knew this 19 months ago. Seems government health officials are finally catching on.

The CDC just released an alarming study billed as “the largest and first geographically diverse analysis” of the effects of the pandemic on BMI. The report confirms that extreme measures taken during the pandemic resulted in troubling weight gain that will likely result in long-term health problems for millions of Americans.

According to “The Hill”: “The CDC released an analysis … that found the number of states with an obesity rate of at least 35 percent among adults almost doubled in two years. In 2020, 16 states made the list — more than the 12 states in 2019 and the nine in 2018.”

To determine the effects of pandemic rules on children’s health, these same researchers used  BMI measurements from more than 432,000 youngsters ages 2 to 19.

The data is heartbreaking. From “The Hill”:

“Children and teenagers saw their body mass index (BMI) increase at almost double the rate during the pandemic, according to a Centers for Disease Control and Prevention (CDC) study that suggested some COVID-19 precautions may have contributed to higher weight gain.”

MAY have contributed? Is there any doubt?

Look, one of the blessings of wearing a fitness tracker — I’ve had a FitBit for years now — is that your level of activity stares at you from your wrist.

As a result, I usually park my car far from my destination to nab a few extra steps and I’ll take my dog for an extra walk if I’ve had a day where I haven’t hit my goal. Conversely, I’ve been stunned at how few steps I take when the weather is lousy and I stay indoors.

A child who was sedentary prior to the pandemic — one who didn’t play sports and spent time on video games or watching TV — still logged a fair amount of movement just getting through daily life.

The kid left the house in the morning and walked to the bus or car. Once at school he or she walked into the building, walked between classes and into the cafeteria. The child walked back to the bus at the end of the day and then walked home.

Now consider that same child during “virtual” school: He or she rolled out of bed, walked a few steps to the kitchen or living room and sat there all day on a computer. Just steps from the refrigerator. No fresh air, sunshine or any sort of significant exercise.

At the end of this failed experiment in remote education test scores plummeted while BMI soared. Oh and there is a growing epidemic among children, not of COVID, but of diabetes. In June, The Daily Mail reported that “the hospitalization rate for new onset type 2 diabetes in children more than doubled during the Covid-19 pandemic.”

Accelerated weight gain, especially among children with overweight or obesity, can cause long-lasting metabolic changes that put children at risk for serious and costly co-occurring conditions, such as type 2 diabetes, hypertension, and depression,” the CDC report notes.

By now we know that most of the mandates and arbitrary rules imposed by governors did little to slow the spread of the virus.

Unfortunately, these measures resulted in the ballooning of Americans. The last thing we needed.