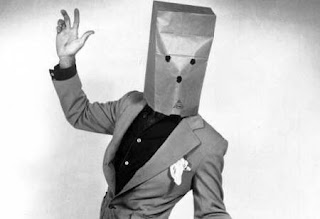 Ever wonder who Groveton really is? Since he has become a regular blogger here, I have taken up the science of Grovetonology where I ceaselessly search for identifying clues. But his true identity remains a closely-held mystery.
My threshold understanding is the following: Groveton is a guy who is some kind of executive with an IT firm. He jets from Auckland and Amsterdam every week from his home somewhere in Northern Virginia. He says he named himself after a high school somewhere near Manassas. To make us sense he’s a regular guy — one you might not mind having a beer with in an airport lounge — he titillates with wistful comments that he’d really like to partake of foreign fleshpots.
I asked the Big Bacon one day if he could provide any hints as to Groveton’s identity. What does he look like, for instance? Jim said: “Well, he’s a middle aged guy, kind of stocky, beefy, ex-football player type.”
I chewed on this for a while and then realized it was TBB (Total Bacon Bullshit) designed to throw me off the scent. I mean, he’s clearly a hard conservative. If you broke into the basements of both Bacon’s and Groveton’s homes you’d probably find a high speed telex spitting out daily orders from Cato Central. It wouldn’t surprise me in the least if the disinformation campaign ran really deep.
I have come up with some other possibilities I’d like to share with you:

Anyway, the Big Bacon has promised to reveal Groveton’s real identity soon. It is now supposedly a secret because Groveton’s employer might be upset that he’s blogging. But that could be TBB, too.