Out of the Mouths of Fund Raisers… 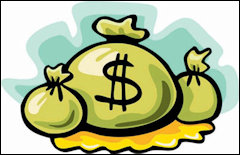 From a McAuliffe campaign email blast sent out under the name of Senate Mark Warner comes a remarkable confession: “Terry is having a bad week, Jim.”

The Democratic gubernatorial candidate “finished off July with strong fundraising numbers,” said pseudo-Warner (I can’t believe the Senator actually laid eyes on this email). “But he told me since August started, contributions have plummeted — in fact, they’ve almost completely stopped.”

Terry’s “Trump-endorsed opponent” Glenn Youngkin is planning to spend $75 million of his own money, warns the email. If Dems don’t help Terry get his fundraising back on pace, he’ll have no chance of catching up.

Now, I realize that no fund-raising letter lets on that its candidate is rolling in dough and doesn’t really need your help. But admitting that the money raise has dried up, even for a week, is not something you see very often. No candidate likes to show weakness. I wonder if McAuliffe really does have a problem.