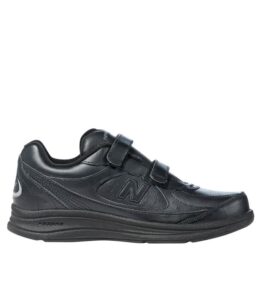 I use a certain brand of medium-priced walking shoe. The model that I use has a wide toe box and is the most comfortable for my foot. The top of the shoe is all leather and the sole is rubber.

Several years ago, when the heels had worn down considerably (this is where the term “down at the heels” comes from, presumably), I took the shoes into my local shoe repair shop and had the soles replaced. The cost was $20-30 cheaper than what it would have cost to buy new shoes.

Recently, I took several pair that were down at the heels in to have the heels replaced. This time, the shop manager kindly explained that I might want to check the price of buying new shoes because the cost of getting new soles would likely be close to, or more than, buying new shoes. I knew the cost of replacing the shoes, which seemed to be less than it was several years ago. I thanked him for his honesty and left.

I think I know what has happened. Several years ago, this particularly shoe company proudly said that is was the only shoe company whose products were manufactured completely in the United States. (That was another factor that was attractive to me, in addition to the shoes being affordable and comfortable.) Now, however, it says only that its shoes are assembled in the United States from imported materials. In other words, in order to be competitive, it had to resort to importing shoe components from China. The result is good for me — the shoes are a little cheaper than they were several years ago. The result is not so good for the shoe repair shop owner. His operation is not large enough that he can get volume discounts on the materials that he would need to repair my shoes and, therefore, he cannot compete.

It saddens me when it makes more financial sense to throw away a pair of shoes whose leather bodies are in perfectly good shape and buy new shoes, rather than repair the old shoes. It also goes against my grain. I grew up in a society in which one took care of stuff and repaired it for reuse when possible. A pair of good shoes was likely to get many new soles and heels during its lifetime before they became too small or the leather wore out.

It also worries and saddens me that another small business in which a person working with his hands can make a decent living seems destined to continue fading away. In fact, I was a little surprised that this shop is still open.

This entry was posted in Uncategorized and tagged Dick Hall-Sizemore. Bookmark the permalink.