Our Media Trusts “The Smart Ones”

Not every policy imposed by government is subject to public hearings or votes. That’s one reason to vote for smart candidates who have the country’s best interests at heart and not for those who rant about personal liberty without accepting any social responsibility for individual decisions.

That was part of a response I received by email from somebody who read Friday’s post on the Air Pollution Control Board’s new regulation which ties Virginia’s auto market to emissions rules promulgated by California. I had noted how the state’s usual and statutory requirements for notice and comment had been bypassed on the orders of the General Assembly. 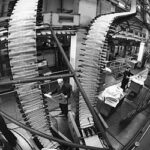 Clearly this reader thought that was just fine, which floored me. My respondent was a member of the working news media. If anybody should be standing up for transparency and public participation, it would be news reporters, editors and producers, right? Not this person, not on this issue. (I’ll withhold the name.)

The comments from a “journalist” about “smart candidates” versus “those who rant about personal liberty” speak for themselves. Note they would apply equally to COVID mitigations and efforts to eliminate carbon dioxide, with disdain poured on skeptics in either case. It was a refreshingly honest admission that explains the selective coverage we must wade through on so many issues. It came at a time when I was already shaking my head over the media coverage of Governor-elect Glenn Youngkin’s proposal to exit the Regional Greenhouse Gas Initiative.

One problem there was the fault of the Youngkin team, which still has not really explained its plans for accomplishing this goal, and frankly doesn’t have to show us their cards now. But in using the vague phrase “executive action” the Youngkin team opened the door for reporters to jump straight to the specific tool of an “executive order.”

That became the headline just about everywhere, followed by thoughtful pundits explaining how an executive order could not by itself extract Virginia from an interstate contract or neutralize the regulation that requires electricity producers to buy carbon allowances from the RGGI auction. Readers of my story would have seen references to the contract and the regulation and an expectation this might take “a struggle.” The Washington Post story got into those details, as well.

If the Youngkin Administration does try to railroad this through, expect cries of outrage from the individual quoted above, the reporter so unconcerned that notice and comment were avoided on the auto emission rules and the “smart people” who decided that one for us.

Also concerning were print or broadcast reports which implied that exiting RGGI meant that coal and gas plants would double down and carbon dioxide emissions could roar back up, speeding the end of civilization. The end of RGGI would not increase (or reduce) emissions at all. No impact. Other laws and regulations with far more stringent CO2 goals than RGGI ever imposed are still in place.

Yet we get this utter fabrication from Democratic leaders of the Virginia Senate, picked up in that same Mercury story:

(Exiting RGGI) would be incredibly harmful to the health of Virginians, protection of our natural spaces, and preparation for a clean energy economy … would be catastrophic to our commonwealth, region, and nation’s efforts to ensure a habitable world for future generations. … We only have one world — with Hampton Roads perpetually flooded, the Chesapeake Bay’s future at risk, and Virginians’ health declining, there is no time left to play politics with Mother Nature.

Wow. That’s one powerful $4.37 tax on every 1,000 kilowatt hours of electricity.  If we move it up to $8 or $10, will it bring world peace, cure COVID and end inflation? With the passage of the other bills dealing with electricity generation, RGGI became just a way to skim money off consumers to spend on constituents while the power producers did what they were going to do anyway.

What is true (and a story at Hampton Road’s WHRO got this right) is that the RGGI tax dollars are in part dedicated to various flood mitigation efforts. Taking them away could mean less for the program. Another revenue source can be found, however, and those efforts might not miss a beat at all. The Post report noted that Youngkin promised efforts to prepare for flooding in the same speech.

All the floodwalls and drainage improvements and zoning changes you might imagine won’t change the relative sea level rise facing Hampton Roads. Those steps won’t “end climate change” and it is idiotic to claim that they will. But as the battle opens to maintain this tax, which extracted $228 million this year from Virginians and could grow to $340 million next year (with further increases coming), expect exactly that claim to dominate one side’s rhetoric.