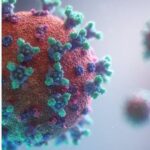 I’ve seen this movie before. And I’m not buying a ticket this time.

I’m talking about the latest remake in the theater of the absurd: “A New COVID Variant Is Coming! We’re All Going To Die!”

Naturally the nation’s biggest attention whore, Anthony Fauci, was on the Sunday shows hinting at the possibility that more lockdowns and mandates could be coming. (When he wasn’t weirdly dabbling in politics and bringing up January 6th, that is.)

If there’s one thing public health officials learned during the pandemic it’s that scaring the bejabbers out of the populace is the best way to prepare them to knuckle under and surrender their civil rights.

News flash: We may not be immune to COVID but we’re immune to Fauci’s scare tactics after 20 months of non-stop hysteria.

Remember, it’s unknown whether this strain will be more or less virulent than the others and there is no indication that the vaccines will be effective against it.

Still, that didn’t stop the hair-on-fire public health officials and opportunistic politicians from sounding the alarm and using it to push people into getting vaccinated or boosted and into issuing premature emergency orders.

It’s worth noting that Australia is reporting a couple of Omicron cases and, since the unvaxxed are not allowed in or out of that country, clearly a vaccinated traveler brought it to the continent.

Over the weekend and from Nantucket, Joe Biden banned travel to eight African nations, conveniently forgetting that when President Donald Trump issued similar travel bans to China, candidate Biden accused Trump of xenophobia and racism. Other race baiters on the left are curiously silent now that it’s their guy stopping travel from countries that are predominantly black and brown.

There is reason to hope that all of this hysteria will amount to nothing.

According to The Hill: “The WHO cautioned in an update on Sunday that much remains unknown about the new variant.

“It is not yet clear whether Omicron is more transmissible (e.g., more easily spread from person to person) compared to other variants, including Delta,” the WHO said. “The number of people testing positive has risen in areas of South Africa affected by this variant, but epidemiologic studies are underway to understand if it is because of Omicron or other factors.”

Nevertheless, New York Gov. Kathy Hochul, who loves tyranny every bit as much as her predecessor did, declared a new state of emergency, while conceding that the Empire State — heck, the U.S. — still hasn’t seen a single case of the “omicron” variant.

She took the opportunity to halt most elective surgeries beginning Dec. 3, in preparation for the onslaught. Cynics point out that her vaccine mandate for health care workers — one of the strictest in the nation — is putting the state’s medical systems in peril as workers who toiled throughout the pandemic are losing their jobs because they won’t get vaccinated.

Looks like Hochul may be using the new variant as a scapegoat for the crisis she’s created with her mandates.

Elective surgery bans are the sort of heavy-handed executive actions I argued against during the first set of lockdowns in 2020. Why should a governor have the power to meddle in medical procedures? Aren’t hospitals perfectly capable of halting elective surgeries if their facilities are overwhelmed? Does this order really need to come from Richmond or Albany?

In Virginia, Ralph Northam directed all hospitals to stop elective surgeries on March 25, 2020, and again on April 23 even though many facilities in the commonwealth were not at capacity and were nearly empty after his executive order.

Sweeping, one-size-fits-all orders like these result in suffering for folks who can’t get the surgeries they need. Remember, elective surgeries are not just face lifts and breast implants, they’re joint replacements, hysterectomies, hernia repairs, kidney stones, shoulder repairs, tonsillectomies and essentially any surgery that can be scheduled ahead of time.

Bans such as these are a toxic taste of government-run healthcare. If you like elected officials deciding whether or not you can get that painful knee replaced, keep electing Democrats.

Oh, and just in case Lame Duck Northam is thinking about a similar move, someone remind him that last time I checked there were 3,187 empty hospital beds in Virginia right now. That’s the highest number in months. Yesterday there were 955 deaths nationwide attributed to COVID. That’s the lowest in several months.

Maybe we should all calm down and face the fact that this coronavirus is going to be with us forever. And unless we’re all willing to have vaccines and boosters shots every few months we’re all going to catch it. Lockdowns won’t stop it. Neither will masks. Or travel bans.

It’s hard to take seriously health officials who still refuse to recommend a regimen that we KNOW will save lives. We’re 20 months into this pandemic and the CDC has yet to tell Americans to lose weight, exercise, get enough sleep and some sunshine every day to boost natural immunity.

Then again, the pharmaceutical industry doesn’t make money off of healthy life styles. Check the stock market prices of Moderna and Pfizer. Those were two stocks that were soaring on Friday, amidst a general sell-off.

Let’s all pause to realize just how lucky we are in Virginia. In just 47 days we’ll have Gov. Glenn Youngkin, who has promised no lockdowns or mandates.

We’ll no longer be a blue state with a lemming-like governor jumping into the race to stomp on civil liberties in one fruitless attempt after another to stop an unstoppable virus.