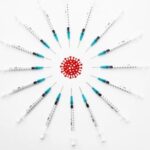 He could barely contain his glee. He was positively giddy.

I’m talking about White House medical advisor Anthony Fauci who held a press conference yesterday to declare that the long-awaited moment had arrived: We had our first confirmed case of the Covid omicron variant.

Now the government has an excuse — however flimsy — to institute more arbitrary rules and extend others all while quietly nudging governors to crack down on civil liberties just in time for the holidays.

No doubt Fauci would have preferred that the case arrive in Florida, the state with the lowest COVID rate in the country right now, so that Gov. Ron DeSantis could shoulder the blame.

Alas, it was in California, the blue state with some of the most stringent, stupid and relentless COVID restrictions.

Fauci, who always lights up when the cameras are on, didn’t let that ruin his day and didn’t dwell on geography.

It’s worth noting that the Californian who tested positive had just returned from South Africa, was experiencing mild symptoms and was fully vaccinated.

That, of course, caused Fauci to remind everyone that vaccines are the best way to protect against this variant. Even though the CEO of Moderna has already said the vaccines probably offer little protection against this new variant.

But, sure. Whatever you say, boss.

Everything went well at the presser until a member of the press corps from Mozambique dared to ask why his country was included in Biden’s travel ban, even though they don’t have a single case of the new variant.

“There are zero cases of COVID — of Omicron in Zimbabwe, in Namibia, in Lesotho, in Mozambique,” Simon Ateba of Today News Africa pointed out. “What justifies imposing a travel ban on countries that have zero cases of the Omicron variant?”

Fauci gritted his teeth and tossed out one of his characteristic word salads.

“You know that’s a very good question and important question, and we did struggle with that,” Fauci answered. “But we wanted to see if we could buy time temporarily, so I do hope that this gets sorted out and lifted before it has any significant impact on your country.”

In other words, the Biden administration can’t tell one African country from another so they banned eight nations in the vicinity of South Africa even though the variant was found in just two.

Naturally, the only White House reporter who reliably does his job — Peter Doocy of Fox News — asked the most glaringly obvious question: If all travelers to the U.S. need to show a negative COVID test before being admitted, what about the illegals pouring in over the southern border?

“As you advise the president about the possibility of new testing requirements for people coming into this country, does that include everybody?” Doocy asked Fauci.

“The answer is yes,” Fauci said. “Because you know that the new — the new regulation, if you want to call it that, is that anybody and everybody who’s coming into the country needs to get a test within 24 hours of getting on the plane to come here.”

“What about people who don’t take a plane — just these border crossers coming in in huge numbers,” Doocy asked.

Actually, it’s not a different issue. It’s the same. It’s people entering the country from many different nations and fanning out to parts unknown without being tested or vaccinated. And Biden’s welcome mat has caused this problem to explode.

If this were really about public health, the first thing the president would have done would have been to close the border. But COVID regulations have always been about control and obedience to government. If they were truly following the science, Fauci and friends would acknowledge natural immunity instead of pretending it doesn’t exist.

The Washington Post reported Wednesday that the Biden administration may ask those arriving in the U.S. (by plane, not on foot or wading across the Rio Grande) to produce a negative COVID test and then quarantine for seven days regardless of vaccination status.

That would be insane.

It’s estimated that 200,000 travelers arrive in the country every day on commercial airlines. That’s 1.4 million people a week.

How exactly would a seven-day quarantine for more than 1 million travelers be monitored? Will Biden set up detention centers, slap electronic ankle bracelets on folks, or simply use the honor system?

And what’s the point of getting vaccinated if quarantine rules apply to both the vaxxed and unvaxxed?

In other news, the president used the appearance of omicron to extend the transit and airline mask mandate until March, despite the fact that the air filtration systems on commercial airlines are so sophisticated that they render the cabin air about as clean as a surgical theater. Plus, the masking rules are making passengers a tad surly.

It may take an act of a new Congress to lift these useless mandates. The 2022 mid-terms are coming.

If it wasn’t clear before, it is now, that the administration has no plan to deal with COVID and that this virus doesn’t care about lockdowns and quarantines and masks.

One reporter did ask Fauci that if this new variant turns out to be highly transmissible but very mild — as the South African doctor who discovered it says it is — wouldn’t that be a good thing? It would confer natural immunity on its victims without making them terribly sick.

No, no no. That’s dangerous, Fauci snapped.