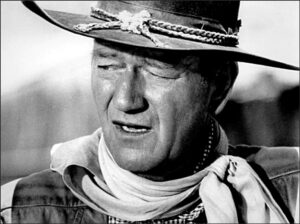 Rather than compile a list of young business executives on the move, Virginia Business magazine earlier this year profiled “Eight Over 80” — old guys still active in business or in the community.

The list, which the magazine is highlighting in its end-of-year recap of top stories, included such successful entrepreneurs as 80-year-old Jim McGlothlin, CEO of the United Co., in Bristol; 84-year-old Dan Clemente, CEO of Clemente Development Co. Inc., in Vienna; 80-year-old Heywood Fralin, chairman of Medical Facilities of America, in Roanoke; and 83-year-old Jim Ukrop, co-founder of New Richmond Ventures LLC in Richmond, among others. In a class by himself, is 92-year-old Harvey L. Lindsay Jr., of Harvey Lindsay Commercial Real Estate in Norfolk.

Jim Ukrop dishes out the best quote: “I don’t hunt, I don’t fish, I don’t go to Florida, and I threw my golf clubs in the ocean, so I have to do something.”

I had the good fortune to work for a man who had them all beat: E. Morgan Massey. Early this year, at the age of 94, he was still coming into the office every day and working on deals as I was finishing up the history of the Massey family. He didn’t have the same energy level as when he was a whipper-snapper of 75 or 80, but he managed to stay on top of things.

The project that commanded most of Morgan’s attention was Minerals Refining Company, LLC, which had licensed Virginia Tech-developed technology to extract microscopic coal particles that conventional coal-cleaning processes could not capture. As I wound up my writing engagement with Morgan, he and his start-up team of oldsters was building a refining facility for a major coal company in the U.S. and was actively pursuing projects in India. What tickled me was the age of Morgan’s cohorts. David Few, the CFO, had passed the 80-year-old milestone, and Stan Suboleski, the interim COO, was fast approaching it. The young guy on the executive team was Jim Reyher, VP of operations, whom Morgan had coaxed from retirement after a 30-year career in chemical manufacturing.

Morgan’s biggest worry at the time was finding someone to scale the company into a full-fledged business enterprise. He hadn’t managed to do so the last time I talked to him, which was about two months before he passed away from cancer. But I’m happy to see from the Minerals Refining website that Morgan’s successors have managed to recruit a CEO. The company has tremendous growth prospects, at least on paper. If it ever reaches its billion-dollar potential, Minerals Refining could well lay claim to have been launched by the oldest start-up team in history.

Old guys are society’s great untapped resource. We may need the occasional afternoon nap, and we may be slow at mastering ever-morphing technology — I had to get my young, 61-year-old wife to help me program the “smart” alarm clock she gave me for Christmas — but we still know a lot of stuff.

Indeed, Bacon’s Rebellion comes to you courtesy of old guys (and gals). All but one of our regular contributors are over 65. Our business model is to mobilize the knowledge and enthusiasm of those who, like Jim Ukrop, have given up on fishing, hunting, and golf, need something to keep them out of trouble, and still have a lot to offer.