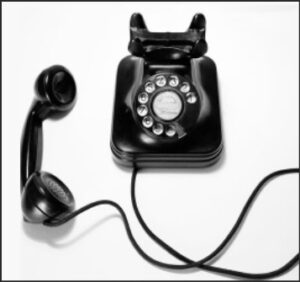 They’re so dang proud of themselves.

My former employer, The Virginian-Pilot, is so delighted with itself for joining with other corporate news outlets to sue Gov. Glenn Youngkin that they’ve Tweeted about it six times and even put it on the front page for the ever-dwindling number of people who still subscribe.

They claim the governor violated the FOIA laws when he refused to turn over the contents of a tip line that parents can use to report divisive practices in the schools.

This is, in effect, a whistleblower line, which is traditionally regarded as privileged. But the Pilot, The Washington Post and NPR and other mainstream media outlets who loathe Youngkin seem determined to break that seal of privacy.

I don’t remember any of these great defenders of the public’s right to know suing the last governor — a Democrat — when he used a bogus claim of privacy to refuse to release information about which nursing homes were experiencing COVID outbreaks.

In fact, Northam actually claimed that the nursing homes had the same privacy rights as individuals, which was preposterous. But he deliberately prevented worried family members from learning if their loved ones were living in COVID pits.

Those claims of privacy were bogus and abhorrent. At the same time visitors were barred from long-term care facilities because of COVID, the governor blocked information about where outbreaks were occurring from interested parties.

The mainstream media contentedly sucked their thumbs when this outrageous violation of open government was underway. Now they’ve sprung into action to do the business of the commonwealth’s teachers’ unions.

This is nothing new. Throughout the pandemic editorial boards mindlessly parroted CDC talking points without ever questioning the data behind them. They were defenders of the forced masking of school children, for instance, when most Western nations recognized the useless cruelty of such measures.

But now that a Republican is in the Governor’s Mansion? The gloves are off.

Let’s at least be honest about the current lawsuits. They’re designed to discourage folks from reporting what’s really going on in public schools and to embarrass the governor because some groups were urging their members to flood the hotline with songs of praise for schools.

Ralph Northam’s school shutdowns were useful in one way: they gave parents a look at what was going on in public schools. And it wasn’t good.

There’s no going back now.

Even with the threat that news outlets will “out” parents who dare to complain.

This entry was posted in Courts and law and tagged Kerry Dougherty. Bookmark the permalink.