NoVa Healthcare Adapts to the Epidemic 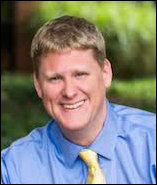 The Washington region, including Northern Virginia, is a looming epicenter of the COVID-19 epidemic. Known coronavirus cases in the metropolitan area now exceed 1,000, according to the Washington Post. And it will surprise no one to know that the number of cases confirmed by medical tests represents the proverbial tip of the iceberg.

Of the 25 patients he has seen so far this week, says Dr. Alex Krist, a Fairfax County primary care physician, he would say that five of them carried the COVID-19 virus. They had coughs, shortness of breath, chest pains, and fever — and a week-and-a-half ago they’d been to New York. Given the shortage of test kits, however, they didn’t qualify to be tested. In Northern Virginia, he says, tests are being used not for epidemiological purposes (to track the spread of the disease) but as a screening device to determine if patients are appropriate candidates for ICUs and respirators.

Things will get much worse in Virginia before they get better, says Krist, a Virginia Commonwealth University research professor who chairs the U.S Preventive Service Task Force.

The medical practice of which Krist is a part ordinarily sees about 9,000 patients a week. In early March, when people were just beginning to worry about the epidemic, the docs in his practice conducted 0.8% of their consultations remotely — virtual visits. Last week, the percentage increased to 45%. Today, he says, “about 99% of our visits are virtual. I have been seeing patients from my basement.”

There is a desperate shortage of protective gear in Northern Virginia (as elsewhere), and doctors, nurses and others in the front line of health care don’t want to catch the virus. It’s not simply a matter of worrying that the illness might knock them out of the fight, so to speak. They don’t want to become vectors of the disease and unknowingly accelerate the spread of the epidemic.

As Krist sees it, the medical community has three lines of defense.

The first line of defense is to see patients virtually, so as not to spread the disease, and to keep as many patients as prudent out of the hospital. Many of these people may be sick and showing respiratory symptoms but are stable and can recuperate at home. In another day and time, they might have been hospitalized, but now doctors are urging them to stay home. One reason is to free up as many hospital beds as possible for the hard cases. A second reason is to keep people from getting infected in the hospital.

The second line of defense is to treat people at home — to provide them “pseudo-hospital care.” Someone will check them every day in a virtual visit to assess their condition. People in this group might include COVID-19 patients who don’t need oxygen and don’t need to be intubated. The group might include people with advanced directives who don’t want heroic measures. Normally, they’d receive hospice care in the hospital; now they’ll get it at home. “Lots of people go into the hospital who don’t really need to be there,” says Kris. “We’re going to try to keep them out, but we need to check on them daily to make sure they’re OK.”