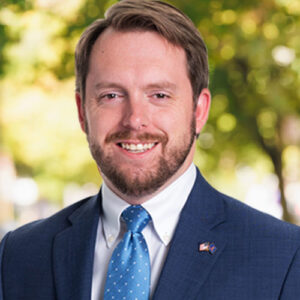 Glenn Youngkin recently declared, “I guess I’m maybe not the normal governor. I think one of the differences is that I am an outsider and I come in with ideas on how we communicate.”

We are beginning to find out how true that is. The Richmond Times-Dispatch reports that one of the Governor’s top policy aides is not a state employee, but a lobbyist on the payroll of a lobbying company. Matt Moran is on a paid leave of absence from Creative Direct, a political consulting firm, and LINK Public Affairs, an offshoot from Creative Direct. When Youngkin first announced his appointment, he listed Moran’s title as “deputy chief of staff and director of policy and legislative affairs.” A sign on his door in the Patrick Henry Building bore the title, “deputy chief of staff.” The statement of economic interest he filed upon taking office listed his position as “deputy chief of staff.”   In appearances before legislative committees, he identified himself as “deputy chief of staff.” He is now labeled “special advisor” and the January 21 news release announcing his appointment has been “corrected.”

Richard Cullen, counselor to Youngkin, says he reviewed Moran’s “arrangement” and found it legal and ethical.

Bob Holsworth, a longtime observer and commentator on Virginia politics and government, described the lack of transparency in this situation as “unsettling.” “I know of no situation where a deputy chief of staff role has been outsourced, and without any public acknowledgment,” he continued.

In addition to Moran, Aubrey Layne, former Secretary of Finance and currently senior vice president and chief of staff at Sentara Healthcare, is staying on as an unpaid special adviser to new Finance Secretary Steve Cummings.

In summary, there are now two paid lobbyists with state-provided offices and support on the same floor as the Governor’s office, privy to all the discussions and decisions that could directly affect either the clients of their employer, as is the case with Moran, or the employer directly, as is the case with Layne, not to mention threatening and bullying legislators in the name of the Governor. Yes, indeed, this is not your “normal governor.”

This entry was posted in Ethics, Political Influence, Transparency and tagged Dick Hall-Sizemore. Bookmark the permalink.