Northam Shuts Down Schools. What’s Next? 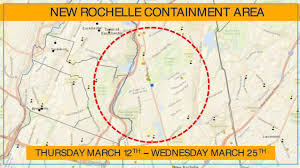 Early Spring Break. Last Thursday Virginia Governor Northam somewhat suddenly decided to shut down all K-12 schools starting the next day. The shutdown is for “at least two weeks.” The question of how to manage continuing free and reduced price meals during the shutdown has been left up to the individual school districts. Yesterday a man in Virginia’s peninsula health district died of COVID-19. Today, Northam banned all gatherings of more than 100 people. As of this writing (1:30 p.m. .Sunday, March 15) there have been 45 cases of Coronavirus recorded in Virginia with one death.

After a “wait and see” start Northam now has Virginia taking actions in parallel with more aggressive U.S. states.  However, every state is taking action. West Virginia shut down its schools “indefinitely” despite the Mountain State being the only state in America to have no confirmed cases of Coronavirus. Future actions by the Virginia state government are hard to predict. Senior officials in the Trump Administration are urging a 14-day national shutdown which would obviously apply to Virginia. A good look at how the U.S. Coronavirus outbreak compares to other countries can be seen here. If the federal government does not declare a national shutdown, Virginia could still take any number of actions depending on the severity of the situation. Let’s look at what’s happening elsewhere.

America: New York. Coronavirus cases are surging in New York with the New York Times reporting “over 700” as of Sunday morning. Two New York state lawmakers are among the 700+.  New Rochelle, a near suburb of NYC in Westchester County, is a COVID-19 hotspot. It has been declared a containment zone. Schools, houses of worship and other places used for large gatherings have been closed. The National Guard has been called out to help with everything from cleanup of public areas and delivery of food. While unspoken, the presence of the National Guard no doubt will be a deterrent to those who might consider looting and other crimes in the nearly abandoned streets of New Rochelle. Despite the issues in Westchester County (which borders NYC), Mayor Bill de Blasio has so far elected to keep America’s largest school system open.De Blasio’s position is controversial in New York City with some politicians calling for a very broad-based shutdown — well beyond just closing the schools.

Europe: Italy. The country is close to 18,000 cases and 1,300 deaths. The government has effectively shut down the country. Many city streets are reported to be deserted. Schools and churches are closed. Weddings and funerals are postponed. All stores (including restaurants) except grocery stores and pharmacies are closed. Despite being confined to their homes, Italians have been seen singing in unison from their balconies in order to help maintain morale. You’ve gotta admire the Italian spirit.

The government and unions have agreed on security procedures which will allow some Italians to continue working. First-hand accounts from Italy paint a harrowing picture. One comes from none other than conservative icon Newt Gingrich. Gingrich lives in Rome with his wife, who is Trump’s Ambassador to The Vatican. You can read his article here. Based on his experience in Italy Gingrich has some advice for America. “We should be planning for a worst-case pandemic and using the kind of intensity of implementation which served us so well in World War II. Getting enough ventilators, masks, intensive care units, treatment medications and aggressive community-wide testing are the minimum steps to saving lives and stopping the pandemic.”

Back in the Old Dominion. After a slow start Governor Northam is now tightening the restrictions in Virginia as the virus spreads. So far, the virus seems to generally track the population centers in Northern Virginia, Central Virginia and Hampton Roads. There do not seem to be localized “hot spots” similar to New Rochelle, N.Y. There is probably little more that Northam can do at this point beyond continued efforts to ensure that masks, ventilators, medical personnel, etc are ready for when (probably not if) the situation in Virginia deteriorates further. One hopes that if a Virginia “hotspot” develops, our state and local authorities will move quickly to cordon it off.  This would probably mean a reaction similar to that in New Rochelle.

Update #1: In the few hours since this article was published there have been developments in James City County that might be a cause for concern.  There apparently have been 8 or 10 cases of Coronavirus in that county (sources differ).  In addition, there is evidence of community spread.  Northam has urged (but not ordered) people on the Peninsula to avoid going to restaurants and bars.  Read more here.

Update #2: The governors of Illinois and Ohio have shut down restaurants and bars state-wide.  The mayor of Nashville has asked the city’s health department to shut down all bars in Davidson County and significant curtail in-restaurant meals.  If Northam makes another move it will probably be along these lines.

Update #3: New York City schools will be closed next week.

49 responses to “Northam Shuts Down Schools. What’s Next?”