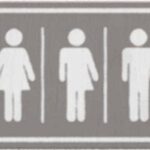 When Virginians voted for mild-mannered, middle-of-the-road Ralph Northam for governor in 2017, they had no clue that he would preside over the most sweeping transformation of public education since the end of Massive Resistance. Even while students were suffering from a catastrophic loss of learning due to the COVID-19-driven shift to online instruction, the Virginia Department of Education (VDOE) preoccupied itself with implementing Critical Race Theory. Now, we learn, the Northam administration also has been busy figuring out how to restructure public schools around the needs of transgender students.

The VDOE has issued a document describing “model policies” for the treatment of transgender students in Virginia’s public schools. Two conservative groups have filed suit to halt implementation of the guidelines. Not surprisingly, The Washington Post has disparaged these organizations, noting that the Southern Poverty Law Center has classified one as a “hate group” and that the other, the Family Foundation of Virginia, among other crimes against humanity was originally founded to oppose sex education.

Karl Frisch, an LGBTQ member of the Fairfax School Board, described the lawsuits as “a mean-spirited attempt to turn the clock back on equality in Virginia. “Our students deserve better than bigotry and hate.”

The litigation, said Northam spokesperson Alena Yarmosky, “is beyond the pale.”

So… Anyone who defends social norms that have prevailed for 2,000 years and objects to faddish constructs that have popped into the popular culture in just the last few years is a bigot, a hater, and engaged in behavior outside the bounds of acceptable discourse.

To fully comprehend the Brave New World we now live in, you’ve got to understand Northam’s new public school policies. News reports don’t come close to describing how all-encompassing they are. Here follows a summary of the main features.

By way of preface, the document offers a list of phrases to help an untutored population comprehend the new worldview being foisted upon them. Schools should dispense with the oppressive notion that there are only two sexes. A person’s “gender” need not conform with the sexual organs he/she/ze is born with. Terms such as “gender-expansive,” gender-diverse,” “gender-fluid,” “gender-nonbinary,” and “gender queer” convey a wider, more inclusive range of gender identity and expression than the old “binary” gender system. Furthermore, schools should recognize that gender “identity” differs from gender “expression,” which may change over time, and from day to day.

The model guidelines go way beyond anti-bullying policies and efforts to minimize social stigmatization. Schools are urged to affirmatively embrace transgenderism and restructure facilities and programs to accommodate transgender students

Speech diktats. The “daily emotional and psychosocial wellness” of many transgender students  are dependent on “receiving support and recognition for their gender identity,” say the guidelines. Some students will adopt gender pronouns associated with their gender identity, but some will want gender-neutral pronouns such as they/them/their and ze/hir/hirs. Schools should abide by those designations.

Furthermore, schools should accept a student’s assertion of gender identity without requiring any particular substantiating evidence, including diagnosis, treatment, or legal documents. A student is considered transgender if he/she/ze consistently asserts a gender identity different from the sex assigned at birth. This should involve more than a casual declaration of gender identity, but it does not necessarily require any substantiating evidence nor must it persist over a minimum length of time.

School records. Transgender students may wish to change their names, but schools’ student information systems typically use the legal name and sex assigned at birth. What to do? Schools, say the guidelines, should restrict access to the student’s legal, birth-assigned name and sex, in effect treating it as protected, sensitive information, and use the asserted name and gender information for routine school purposes.

Additionally, schools should either eliminate gender markers from forms, documents, and records when feasible or include a wider array of gender options.

Dress codes. Students should have the right to dress in a manner consistent with their gender identity, as long as they conform to the dress code. Dress codes, including hairstyles, should encompass broad guidelines that are free from gender stereotypes.

For example, gender-inclusive language such as “clothing must be worn in a way such that genitals, buttocks, and nipples are covered with opaque material” should be used rather than prohibiting certain types of clothing typically associated with one gender (e.g., “a mini skirt” or “camisole.”)

Schools should eliminate provisions for gender-specific attire relating to school activities and events such as P.E. uniforms, school ceremonies, sex-segregated graduation gowns, band uniforms, or orchestra uniforms. Schools may require formal attire at certain events, “but should not specify that girls must wear dresses and boys must wear ties.”

Activities and events. Single-gender activities should be reviewed to determine whether they serve a legitimate educational goal or non-discriminatory purpose. For example, the composition of choruses should be gender-inclusive and based only on vocal range or quality requirements. “Students have the right to equitable access to programs, activities, and events that include but are not limited to acknowledgements, dances, assemblies, after-school programs, extracurricular activities, intramurals, non-competitive sports leagues, and field trips” — including overnight field trips.

The guidelines punt on the highly controversial issue of participation in athletics, deferring to the policies of athletic leagues. (The Virginia High School League has proclaimed that transgender students can participate after undergoing sex reassignment, including surgical removal of external sex organs, ovaries, and testes and undergoing hormonal therapy to minimize gender-related advantages in sports competition.)

Access to facilities. Students should be allowed to use restrooms, locker rooms and other traditionally male/female facilities that correspond to their consistently asserted gender identity. Restrooms and changing areas should be accessible to all students without special codes or keys. Moreover, school staff should not confront students about their gender identity upon entry into a restroom. Explain the guidelines: “It can be emotionally harmful for a transgender student to be questioned regarding the use of restrooms and facilities.”

Bacon’s bottom line: Transgender students represent a tiny minority of the student population. But in Northam World, the needs, desires and emotional frailties of that tiny minority supersede the arrangements and even the language that evolved over centuries to accommodate the needs of the overwhelming majority. And anyone who disagrees is a bigot and a hater.

This entry was posted in Culture wars, Education (K-12), Individual rights, Uncategorized and tagged James A. Bacon. Bookmark the permalink.