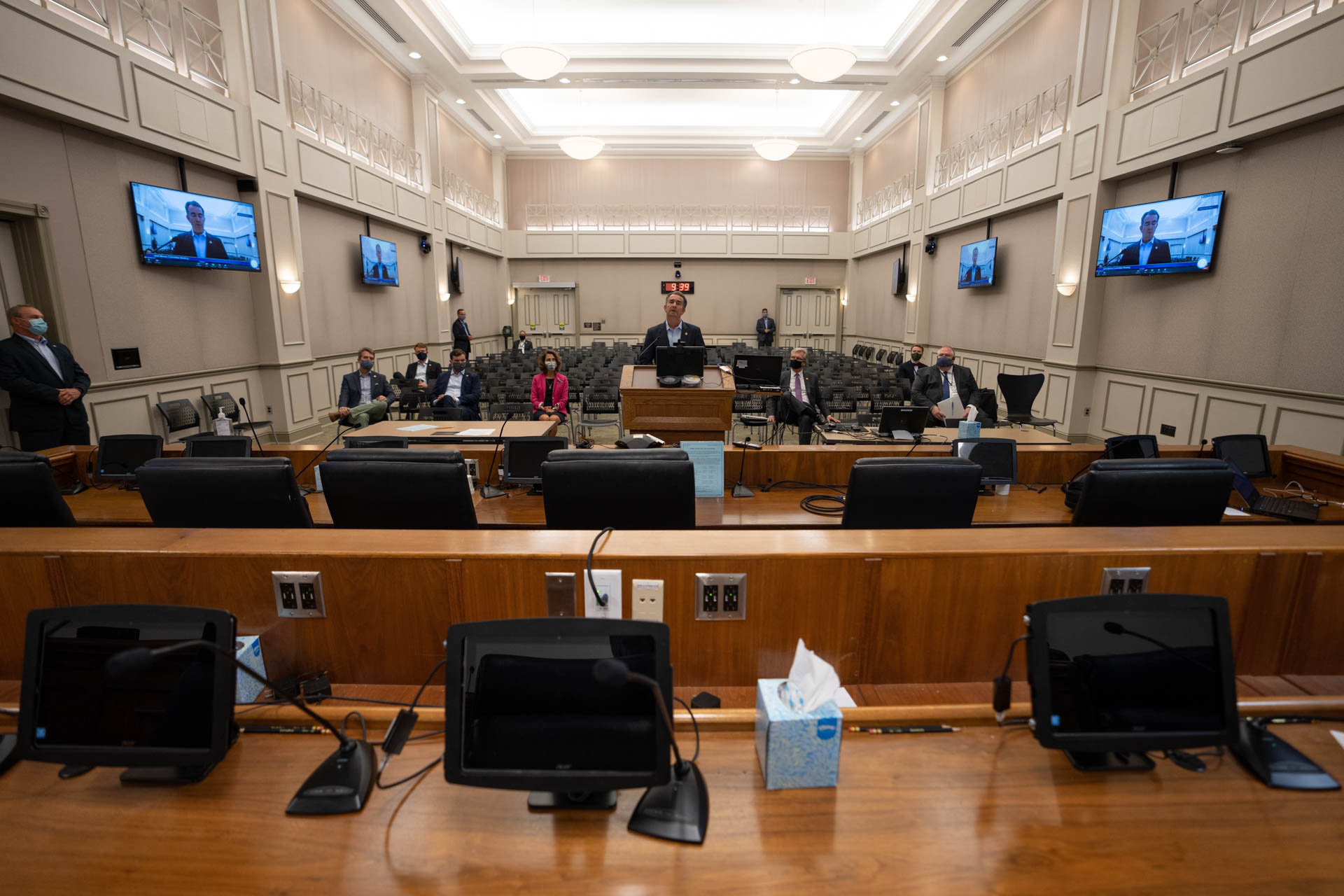 Perhaps the most important point about Governor Ralph Northam’s latest Virginia state budget proposal is what he did not recommend. He did not recommend dipping into the state’s current cash reserves to restore spending items which had been frozen. No additional taxes are proposed.

In fact, Secretary of Finance Aubrey Layne told legislators in the budget briefing August 18 that no new budget bill is needed from this month’s special session at all, and the General Assembly could let the current document stand as approved in May until it comes back in January for the full 2021 regular session.

Whether Northam’s cautious, some would say conservative, approach will satisfy the General Assembly or spending advocates will be the story of the special session, at least on the financial front. The run up to the Assembly’s arrival was marked by escalating demands to address issues related to the COVID recession, and general complaints about poverty and income disparity in the Commonwealth.

“We have concentrated on building cash and limiting spending on recurring expenses. That is why I stated we do not need budget action from a financial standpoint. Let’s hope the General Assembly follows suit,” Layne wrote in reply to a question.

That is hardly guaranteed. The frozen spending amounts, more than $2.2 billion, represent some of the highest priorities of legislators (and the Governor himself.)  Most cannot be addressed by using the federal funds provided to respond to the COVID-19 pandemic. They could be funded in part by the more than $1 billion in cash reserves, divided between the official Revenue Stabilization Fund and the more informal Revenue Reserve Fund. Northam left those alone.

Against a plan to collect and spend more than $137 billion over two years, from all sources, that is a pittance of a cash reserve. As both Governor Northam and Secretary Layne stressed in their presentations, in this current situation “cash is king” and maintaining cash is their top goal. The plan they presented Tuesday, should the revenue estimates prove accurate, would have the cash reserves total grow slightly by the time Northam leaves office.

Layne’s presentation and his commentary noted that as the economy crashed, a flood of federal spending pumped cash into family budgets and thus the state’s economy. Nationally, about $900 billion in lost personal income was replaced by more than $2 trillion in federal stimulus, a net infusion of about $1.4 trillion that sustained the economy. He also noted that wave of stimulus is history, now, and it is not clear if Congress and the White House will agree to anything further.

So, the new look at the budget, covering the period July 2020 to June 2022, takes a conservative view on revenue in the short term, cutting the forecast more than $1.3 billion in this year and next. Of all the spending he froze back in the spring, Northam recommends unfreezing about $150 million, and proposes about $25 million for the historically black universities and some “cultural” investments to promote black history.

One high priority is the unresolved question of enhanced unemployment insurance benefits. Using an executive order, President Trump has offered states a path to adding $400 per week to their underlying base benefits. But he suggested that $100 of that come from either state funds or the federal COVID funds allocated to the states. In Virginia, Layne confirmed, that will require $45 million per week and said the administration is still considering what to do.

The previous enhanced benefit of $600 expired at the end of July, a financial cliff for most of the affected families. Restoring at least two-thirds of that would go a long way to keeping rents current, reducing the balances due on utility bills, and keeping sales tax revenues flowing.

Layne reported that state still has $1.3 billion (39%) of those federal funds not assigned to any project or category. Of the $3.3 billion sent by Congress, $200 million went straight to Fairfax County, $1.3 billion has gone to other localities in two waves, and $500 million has been spent on or allocated to lab testing, protective equipment, rental assistance, and other social spending.

The pandemic’s economic impact was focused on the final few months of Fiscal Year 2020, and the pain was blunted by the wave of federal stimulus money to businesses and individuals. Northam Administration efforts to restrain discretionary spending in those final four months saved over $500 million, which means despite a downtick in revenue, the state ended that year with cash on hand.

While the new forecast reduces projected general fund revenue by $2.5 billion over the next two years, that is compared to the 2020 budget, not to prior years. This is still a far larger budget than the state was working with just two years ago, and in fact non-general funds are expected to be higher than projected just a few months ago. It remains a $137 billion overall spending plan, compared to the original $139 billion.

Add in the federal COVID funds and overall state spending continues virtually unchanged despite the COVID recession. New planned spending is on hold, but the base budget remains. There has been a major change of focus due to COVID, but spending has not been seriously reduced.

This was first distributed this morning by the Thomas Jefferson Institute for Public Policy.