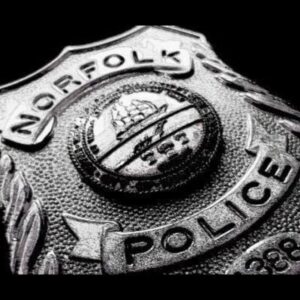 I watched closely the Derrick Chauvin trial. It appeared that the judge conducted a fair trial, both the state and the defense were properly represented. Mr. Chauvin was found guilty by a jury of his peers.

As far as I personally and, more importantly, the legal system of the United States are concerned, he is guilty. There were racial aspects to that case, but they were not presented in court  The prosecution chose to let the evidence speak for itself and did not allege racism, a subjective allegation that goes to state of mind. I applaud the prosecutor for that.

That is our system and I very much respect and support it  Chauvin will appeal. I respect that too.

The same day, however, we learned that a police officer in Norfolk was fired for supporting that same legal process with a $25 donation to the defense fund of an accused. He was fired because of the racial aspects of what has been alleged, not against the officer, but against the defendant.

We should all hope that firing doesn’t stand. It puts every employee of the City of Norfolk on notice that they risk their jobs if they speak, even privately, of anything — anything at all — to which the the left objects.

The story in the Virginian-Pilot is headlined, “Norfolk fires police lieutenant who donated to accused vigilante Kyle Rittenhouse.” There are two sides of the Rittenhouse case:

“Rittenhouse, who was 17 at the time, is accused of murdering two people and seriously injuring a third at a Black Lives Matter protest in Kenosha, Wisconsin, in August.”

“He’s pleaded not guilty and claimed he shot the three men in self defense.”

That too will be tried in front of a jury of young Mr. Rittenhouse’s peers. I hope the prosecutor, like the prosecutor in Chauvin’s case, will concentrate on the evidence of facts in the case. It doesn’t matter in law whether the alleged murders took place at a BLM “protest” in Kenosha or at a dance of the teacups at Disneyland.

Allegations in the cases of persons who the Left finds irredeemable, not because of the proven truth but rather the nature of the charges, have now been deemed by the government of Norfolk as unworthy of a defense. And contributing to such a defense to be firing offense, even though the charges against the defendant are unproven.

In America, it is perfectly proper, indeed praiseworthy, to support giving an accused his day in court. The Left instead wants to leave this particular type of accused to fund his own defense against the limitless resources of the state.

The lieutenant’s $25 was used to help Rittenhouse post a $2 million bail, pay his lawyers and protect his family. Attorney John Pierce signed an affidavit saying that  due to numerous death threats, “arrangements were made for the Rittenhouse family to reside at a ‘Safe House’ in an unidentified location” once bail was posted. Bail required $200,000 cash. Neither the lawyer nor the safe house were small expenses.

The City of Norfolk appears to have illegally fired the otherwise exemplary officer. His “offense” in this case was a $25 donation to a defense fund and accompanying well wishes to the accused.

We must asking ourselves when it became a firing offense to help with the defense of a citizen who is in America presumed innocent. The answer on the left is the nature of the allegations, not their proven truth.

So the lieutenant may have a reasonable claim of a violation of his First Amendment rights — that his protected speech was denied by the government of Norfolk.

I hope he sues. And gets his day in court. I may contribute to his legal fund.

Easy for me to say, however. I am retired.

This entry was posted in Courts and law, Culture wars and tagged James Sherlock. Bookmark the permalink.