No, Parents Should Not Tell Schools What to Teach 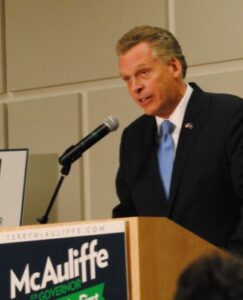 “I don’t think parents should be telling schools what they should teach.”

The statement is actually one of the bedrocks of our public K-12 system. Teachers will go to college for four years to learn what to teach. Literature, history, civics, arithmetic, mathematics. They learn how these things link together, and can perhaps teach how the literature of the 1850s and the economics of slave labor influenced the road to Civil War.

They spend time as student teachers, finding out what it’s like to interact with a classroom full of students, and finding out whether the profession is what they want to pursue.

They know whether “The Fountainhead” or “A Tale of Two Cities” is a better way to teach about narrative, principle, and sacrifice. They know whether James M. McPherson understands the Civil War era better than the United Daughters of the Confederacy. They know different ways to add three-digit numbers, and different approaches to showing students how addition works.
They behave in ways decided by norms, standards, rules, and restrictions. They obey requirements from local and statewide boards and from statewide legislation.

Parents don’t tell schools what they should teach. They’re not allowed to. This fact was recently used to win an election because it supposedly took away parents’ rights.

Vaccines have nearly eradicated many awful diseases, including several that people of my generation and older contracted, and suffered from, as a matter of course. Parents have the right to deny these vaccines to their children. Are these the parents who are losing rights by not being able to tell schools what to teach?

Parents can and do physically abuse their children, and are often not prosecuted for it. Many children in this country get their best meals at school. Many children don’t have decent clothes or a warm enough place to live. Are their parents the ones who are losing rights by not being able to tell schools what to teach?

Many parents are not well informed about public issues. Asked to pick Terry McAuliffe or Glenn Youngkin out of a lineup, they would be just as likely to pick Ralph Northam. Political operatives call them low information voters because it’s rude to call them ignorant. They are the ones most likely to make election choices based on slogans and vague impressions. They are the ones who, when promised a parental Bill of Rights to return their rights to them, are not well informed enough to know what rights were taken away. But they want them back anyway.

Should they be the ones telling schools what they should teach?

In a deeply polarized world where more than 9 out of 10 voters can be predicted before the nominees are chosen, the voters in the middle are the ones picking our decision-makers. Those voters are not thoughtful non-partisan Norman Rockwell figures listening intently at a public forum. They’re the ones voting based on the last sound bite they heard before heading to the polls. Of course they don’t want their rights taken away from them. And of course they can’t tell you what those rights are.

But they want to tell schools what they should teach. It’s a right they didn’t even know they didn’t have until a 20-second ad promised not to take it away from.

This column has been republished with permission from Joe Fitzgerald’s Still Not Sleeping column on Substack.

This entry was posted in Education (K-12) and tagged Joe Fitzgerald. Bookmark the permalink.