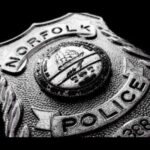 In the early hours of Sunday morning, 47-year-old Glenn B. Kreps was shot to death on A View Street, in Norfolk’s Ocean View.

Details about the dead man are scarce.

One thing we do know: A 14-year-old has been arrested and charged with his murder.

I don’t know about you, but my thoughts are with the dead man. Who was he? Why was he killed? Did he leave behind a family? You know, the sort of questions ordinary, law-abiding people ask when they hear of a violent crime.

You’d expect the chief of police to express similar concerns about the shooting victim.

Ah, but this is in Norfolk, where the top cop is apparently more concerned with perps than victims, like so many lefties.

“14 years old, and on trial for murder. This young man should have been looking forward to the 8th grade. Where were the adult leaders in this young man’s life? This could have been prevented but now, it’s too late. We have failed him.” Chief Larry D. Boone https://t.co/eh9sqoNZIC

This is repugnant, callous and incredibly tone-deaf.

Someone should tell Norfolk’s chief that when there’s a brutal murder in his city, it might be nice to first extend condolences to the victim’s family. After all, chances are this man was someone’s son, brother, father or husband.

Even if the chief’s instinct is to express sympathy for alleged killers — and apparently it is — he should at least pretend to care about shooting victims.

It’s odd that the chief felt the need to refer to the accused as a “young man,” a polite description that carries with it a degree of respectability. “Teen” would be neutral. “Juvenile delinquent,” probably accurate.

Lamenting the fact that an alleged killer won’t be in 8th grade this fall is mind-numbingly stupid.

The money shot, of course, was this bromide: “We have failed him.”

No “we” didn’t, Chief. His parents almost certainly failed him. There’s no “we” in that.

Society doesn’t collectively bear the guilt of homicidal teenagers, gangbangers, or psychotic trigger-pullers who kill in the early hours of a July Sunday morning.

Instead of simpering platitudes about the alleged killer, why didn’t the chief ask what the hell a 14-year-old was doing on the streets at 1 a.m.?

Why didn’t he ask the whereabouts of the boy’s father? His mother?

Or is “adult leaders” some sort of euphemism for what we once called “parents”?

Either way, the community isn’t to blame for kids running wild in the streets, armed with illegal guns.

If Norfolk’s police chief doesn’t know that, the city’s in deep trouble.

Norfolk needs a chief with the guts to hold parents responsible for their kids. And one who has the common sense to express more sorrow for the loss of life, than an empty seat in 8th grade.