Never Fear, the State Will Step In to Fix Chaotic Vaccination Registrations 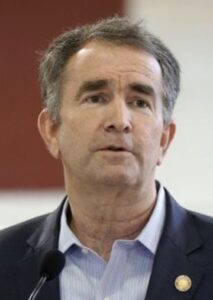 Governor Ralph Northam feels your pain — and your exasperation — about the slow progress of the COVID-19 vaccination rollout. “I feel the frustration out there,” he said at a press conference yesterday. “I also, as a medical provider, feel the urgency. We are doing everything that we can to save lives.”

To facilitate the rate at which Virginians get the vaccine, he has directed the Virginia Department of Health to to create a single, statewide vaccination registration system.

As the Associated Press dryly notes, when state officials announced earlier this month that Virginia was expanding the pool of people eligible to get the shot, it “created confusion about where and when to sign up.” Northam acknowledged the problem yesterday. “That confusion is justified because the answer has not been clear.”

Currently, the state directs people to call the local health department or visit the state website for information. That system is clearly inadequate, leading to expressions of frustration such as this by Petersburg resident Kathleen Smith, who copied me on her communication to state and regional health authorities:

I have sent an email and letter previously  I was contacted by [name of official] who said I would receive a call. That was one week ago and this makes two weeks since my first call. I have yet to be called by the office that [name of official] said would contact me. I have completed the registration on-line. I am not sure why I was not contacted to register on-line. It is my understanding that 50% of your allotted vaccines must now go to those over 65. I have little faith that I am being treated fairly. Under the Freedom of Information Act,  I would like to know where I am on the list.

Given the lack of guidance from the state early in the vaccination drive, there was widespread confusion about where to get shots. A bottom-up system spontaneously arose as people began contacting their doctors, hospitals, and regional health authorities. Local efforts are often scattershot and unresponsive, but it has been getting some shots in some arms. One can hope that local health authorities are working to make work more efficiently and that the process will improve with time.

Now the state is stepping with a centralized system to replace the crazy quilt. Questions arise.

How long will it take to put the state system into place?

What will happen to all the people, like Smith, who have registered with hospitals and local health authorities? Will their data be transferred to the centralized system? Will they keep their “place line,” so to speak, will they be dumped indiscriminately into a central database, or will they have to re-register and star afresh?

What will happen to all the local registration efforts? Will they be shut down, or will they operate as parallel systems?

Has Northam even identified the right problem? Is the problem peoples’ inability to register, or is the problem the lack of follow-up by regional authorities overwhelmed by a task suddenly thrust upon them? If the latter, will Northam’s initiative do anything but add another layer to the system, making it all the more cumbersome and unresponsive?

I don’t know the answers. But the Northam administration’s vaccination track record has been less than stellar, and managing things is not the Governor’s strong suit. Perhaps by asking the right questions, citizens can help this project from running off the rails.